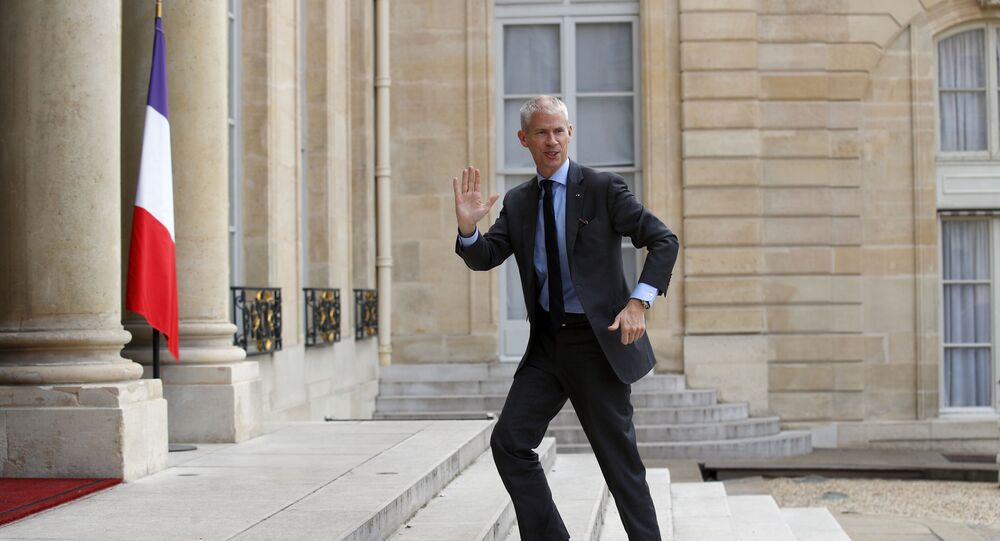 France Welcomes Biden's Pledge to Bring US Back to Paris Climate Accord, Trade Minister Says

"The return of the United States to the Paris agreement is a very positive signal of a changing situation. But Europe has an obligation to fully assume its role as a political and commercial power," Riester wrote on Twitter.

The Paris deal went into force in November 2016 to keep the global average temperature to well below 2 degrees Celsius (3.6 degrees Fahrenheit) and limit warming to 1.5 degrees in a bid to reduce the impact and risks of climate change.

The signatories must determine and report regularly its efforts to mitigate global warming. The deal, however, has no compliance mechanism.

© AP Photo / Lukas Coch
Australia to Welcome US Back Into Paris Climate Accord Under Biden, PM Says
Last week, the Donald Trump administration officially withdrew from the Paris agreement, claiming that it would undermine the US economy, one of the biggest in the world and responsible for nearly 15 percent of global greenhouse gas emissions.

Joe Biden, who is projected to win over 270 electoral votes necessary to take the White House, has voiced his intention to rejoin the accord in 77 days and lead the country towards carbon neutrality by 2050.