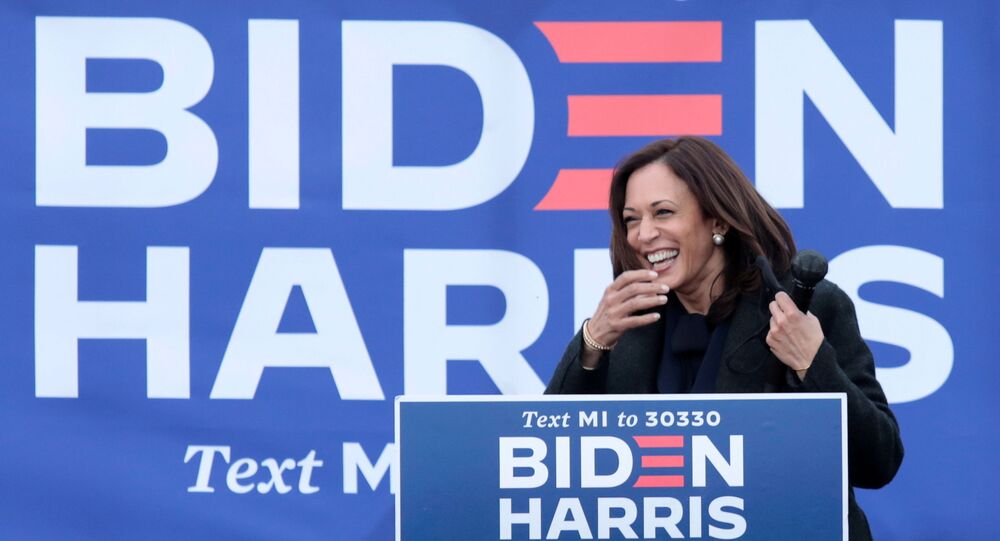 Among cricket fans and pundits, England pacer Jofra Archer is well-known for his eerily prophetic tweets about things that bizarrely have relevance for the future. His old tweets often resurface on Twitter, with netizens stunned at his “supernatural” abilities.

It seems India has found its own “Lady Jofra Archer” after Bollywood actress Mallika Sherawat’s 2009 Tweet resurfaced with a wave of reactions amid the clamour over the 2020 US presidential race.

The popular actress shared the Tweet in 2009, saying that she was at an event with Kamala Harris, who “they say could be US President”.

Having fun at a fancy event with a woman who they say could be US President, Kamala Harris. Chicks rule!

As Democratic presidential nominee Joe Biden and his running mate Kamala Harris declared themselves the winners of the 2020 US presidential election, the 2009 Tweet went viral on social media on Monday, with several Twitter users amused by the almost-accurate “prophecy”.

Stunned netizens called her a “legend” and compared her to England cricketer Jofra Archer, known for his prophetic tweets.

It's @absycric everyone who's seeing this tweet and wondering how it came up.

This comes as the US presidential election remains in limbo, days after the Election Day on 3 November. While the official result of the election has not yet been announced, a majority of media outlets confirmed that President Donald Trump’s Democratic rival, Joe Biden, won the election. Joe Biden and the vice president-elect have given their winning speeches and have received congratulations from world leaders.

Sitting President Donald Trump is claiming election fraud, demanding to stop the count of "illegal votes" and accusing the Democrats of attempting to "steal the election".