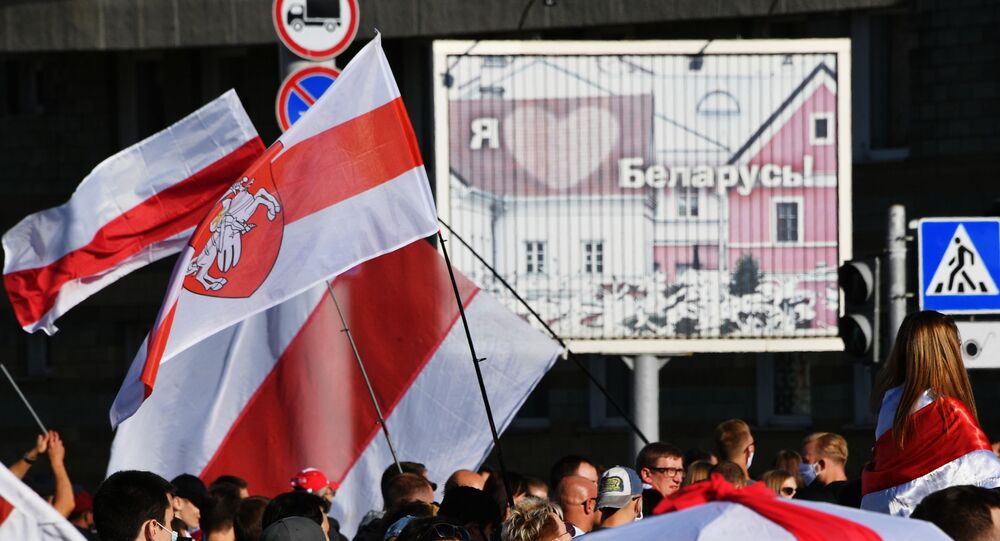 About 10 People Detained in Minsk Over Participating in Unauthorised Protest

MINSK (Sputnik) - About 10 people have been detained in the Belarusian capital of Minsk on Sunday over participating in an unauthorised anti-government protest, Natalya Ganusevich, a city police spokesperson, told Sputnik.

According to a Sputnik correspondent, the security forces made targeted detentions in the area of Freedom Square in the centre of Minsk, where opposition supporters were planning to hold a rally.

"About 10 people have been taken to a police station for questioning over their participation in an unauthorised mass event", Ganusevich said.

Meanwhile, the unregistered Viasna human rights centre said that over 70 people were detained during protests across Belarus on Sunday.

"Viasna has knowledge about the names of over 70 people detained in Belarus today", the human rights group wrote on Telegram.

On Sunday, opposition protests are set to be held in Minsk and other cities across the country. Within the context, military equipment and vehicles for the transportation of security forces have been deployed to the centre of Minsk, the central squares are fenced and cordoned off.

Opposition rallies have been held every weekend in Belarus since the disputed 9 August presidential election, which saw incumbent President Alexander Lukashenko win a sixth term. The opposition claimed that the results were fabricated and that Svetlana Tikhanovskaya had won the vote.