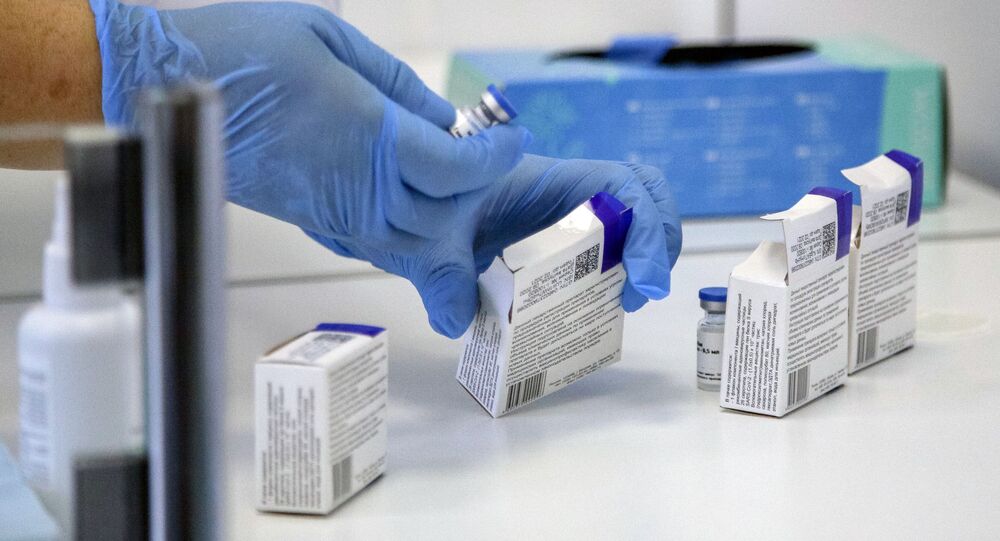 MOSCOW (Sputnik) - Russian President Vladimir Putin had a phone conversation with his Argentine counterpart, Alberto Fernandez, during which they discussed economic cooperation and the fight against coronavirus, the Kremlin said on Friday.

"At the initiative of the Argentine side, a phone conversation took place between Russian President Vladimir Putin and Argentine President Alberto Fernandez. The intention was confirmed to further develop mutually beneficial cooperation between Russia and Argentina in all major areas, including trade and economic sphere," the Kremlin said in a statement.

The parties paid special attention to the issues of countering the spread of coronavirus and discussed prospects for the implementation of existing agreements on the use of Russian vaccine Sputnik V in Argentina, the Kremlin added.

"We welcome the agreement of our two countries about supplies of the Sputnik V vaccine as well as calls by Argentina’s President Alberto Fernandez to not politicize the theme of coronavirus infection as well as purchases of related medicines. The success in a fight against the pandemic depends on coordinated efforts by all the countries. Such cooperation should be outside politics and should be built exclusively on principles of humanism with equal access for all countries to the vaccine. Russia is open for cooperation in the area of epidemiological safety with all countries," Dmitriev said.

RDIF CEO went on to say that recent polls have shown that Argentinians who are willing to vaccinate themselves against COVID-19 prefer the Russian vaccine.

"It is based on a safe and tested human adenoviral vector platform, which demonstrated its efficiency. I would like to stress that Russia will remain a priority market and all the supplies to Argentina will be carried out in a way that will not undermine the domestic needs for the vaccine. The vaccine for Argentina will be produced outside of Russia. RDIF has already struck agreements to manufacture the vaccine with five companies from Brazil, India, China and Republic of Korea. At the moment they are preparing to start full-scale production of the Russian vaccine," Dmitriev said.