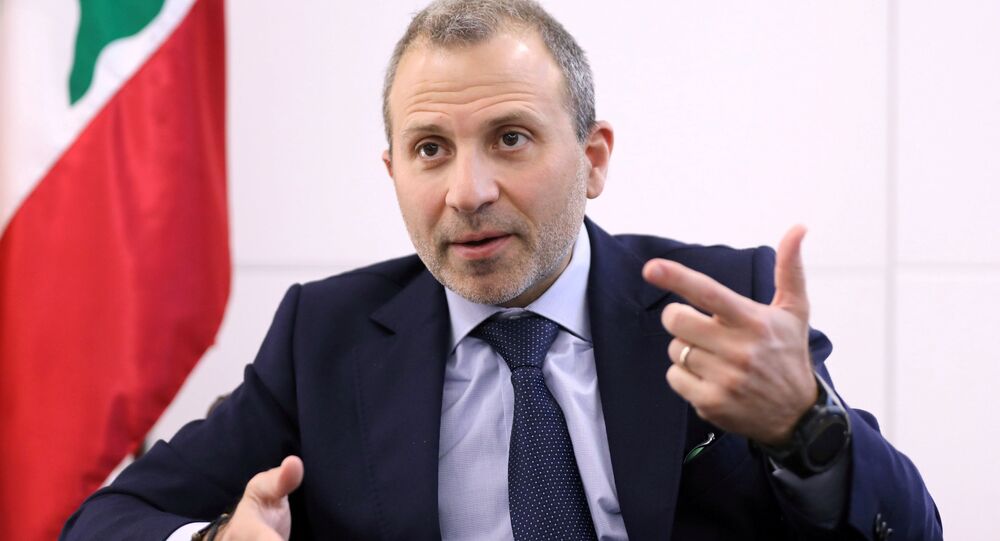 MOSCOW (Sputnik) - The United States is expected to impose sanctions on one of Lebanon’s most powerful Christian politicians, Gebran Bassil, a key ally of Hezbollah, later in the day, the Wall Street Journal reported Friday.

The move is likely to be announced by Secretary of State Mike Pompeo after being agreed with the US Treasury, the newspaper reported citing sources briefed on the matter.

Bassil heads the largest Christian political party, the Free Patriotic Movement, and is the son-in-law of President Michel Aoun. He previously served as Foreign Minister and Energy Minister in different governments.

The move is likely to “blow up the formation of the government,” the newspaper reporting, quoting a source.

Bassil is heavily involved in the formation of a new government after the nomination of Sunni leader Saad al-Hariri to the role of Prime Minister. Although Hariri maintains that the government will be made up of independent experts, behind-the-scenes negotiations with confessional parties have been ongoing to divvy up the ministerial positions.

This would make Bassil the third Hezbollah-affiliated politician to fall under US restrictions, after President Donald Trump’s administration placed two former ministers under sanctions over accusations of aiding Hezbollah. One of them, Former finance minister Hassan Khalil, is a card-carrying member of the Shia paramilitary group which the US counts as a terrorist organization.

Despite enjoying strong support among Lebanese nationalist and conservative Christians, along with the president, Bassil is largely reviled and seen as a mascot of political corruption and nepotism in the country.