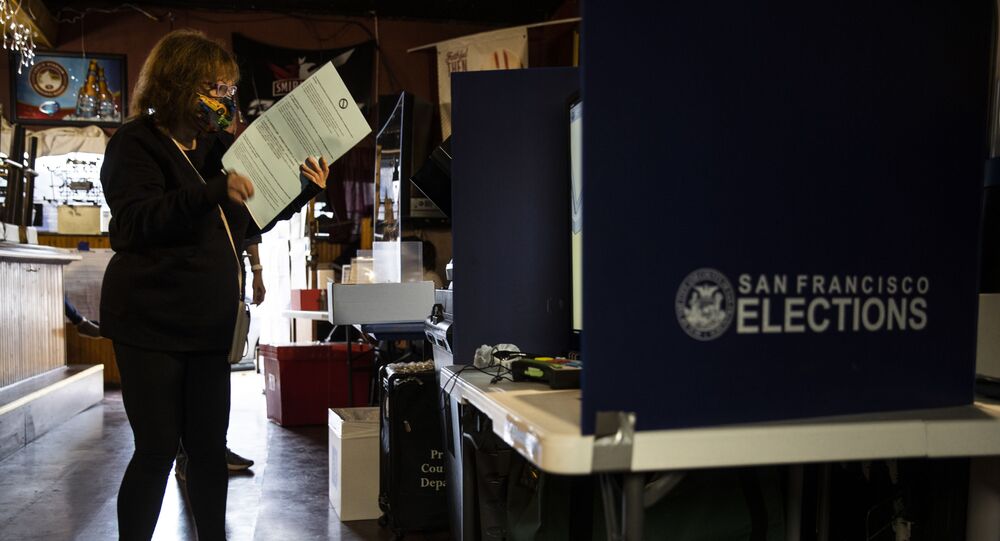 Turnbull, who served as PM between 2015 and 2018, had a somewhat strained relationship with Trump. The two leaders notably sparred in a phone conversation about a proposed refugee exchange back in 2017, and a full transcript of the call was subsequently leaked to the media.

Former Liberal leader Malcolm Turnbull has tweeted a three word comment on the latest developments in the US election, urging America to “count every vote” in what some people are seeing as a thinly veiled attack on US President Donald Trump.

​Turnbull also shared a story that described Trump’s threat to stop counting the votes’ a dark and disturbing moment in American history.

​Turnbull's tweet provoked a mixed reaction on social media. Quite a number of people seemed to agree with him.

​While others opted for humour.

But some said that Turnbull should steer clear of US politics entirely.

​Labor Party lawmaker Chris Bowen compared the US to an emerging democracy.

​Turnbull and Trump locked horns on a number of occasions, starting with a well-publicised spat about Syrian refugee quotas at the very start of Trump's presidency back in 2017. Trump tried to undo a deal that had been made with the Obama administration, which required the US to take in 1,250 asylum seekers from Australia; a deal Trump was not keen to implement after winning the election on a strong borders platform. The ill-tempered call ended with the US president furiously hanging up on Turnbull.

And it seems there is still little love lost between the pair three years later. Turnbull claimed earlier this year that the US had "less influence" on the world stage because of President Donald Trump's leadership, claiming that Trump was pursuing "a very strong isolationist, 'don't tread on me' tradition in US politics."

"If Trump pulls out of the Paris climate treaty, pulls out of World Health Organization, and seeks to undo multilateral trade deals, then all of that means America has less influence", added Turnbull.