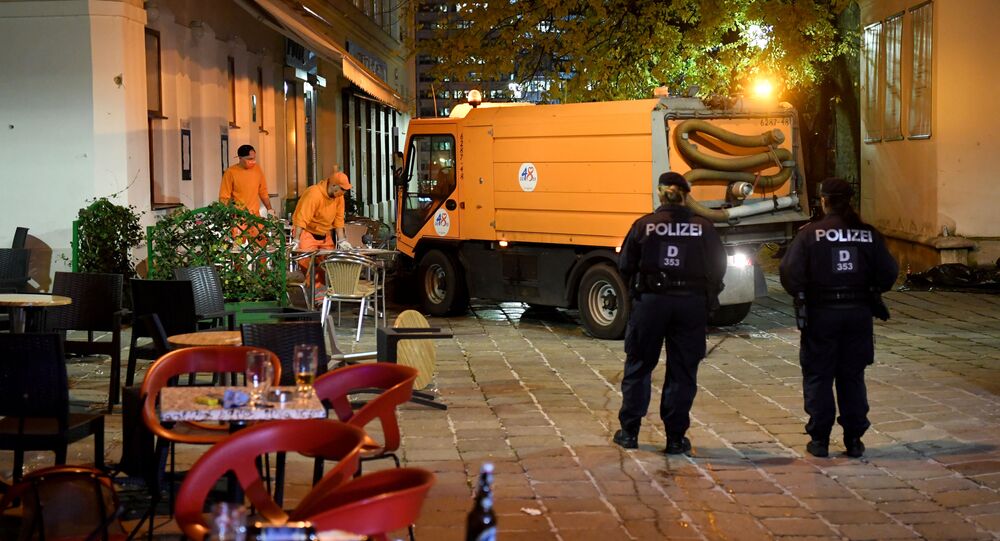 The shooting in Vienna on Monday evening left four people killed and more than 20 injured. The attacker was killed by police during an operation.

The Daesh* terrorist organisation has claimed responsibility for the attack in Vienna, Reuters reported, citing the group's statement on Telegram.

According to the statement, as quoted by AFP, "a soldier of the caliphate" was responsible for the assault in the Austrian capital. The group's propaganda news agency Amaq cited "a gun attack yesterday (Monday) by an Islamic State fighter in the city of Vienna".

Earlier on Tuesday, Austrian Interior Minister Karl Nehammer said that four people died and twenty-two were injured as a result of the attack. He also disclosed the identity of the attacker, who was killed by the police. Identified as Kujtim Fejzulai, the perpetrator had roots in the Balkan nation of North Macedonia, and he had a previous conviction under a law that punishes membership in terrorist organisations, the minister said. In 2019, he was sentenced to 22 months in prison because he had tried to travel to Syria to join Daesh*. In December, he was granted early release under juvenile law, Nehammer added.

According to the police, at least 14 people have been arrested in Austria following raids on 18 properties after the gunman went on a shooting spree in central Vienna on Monday night.