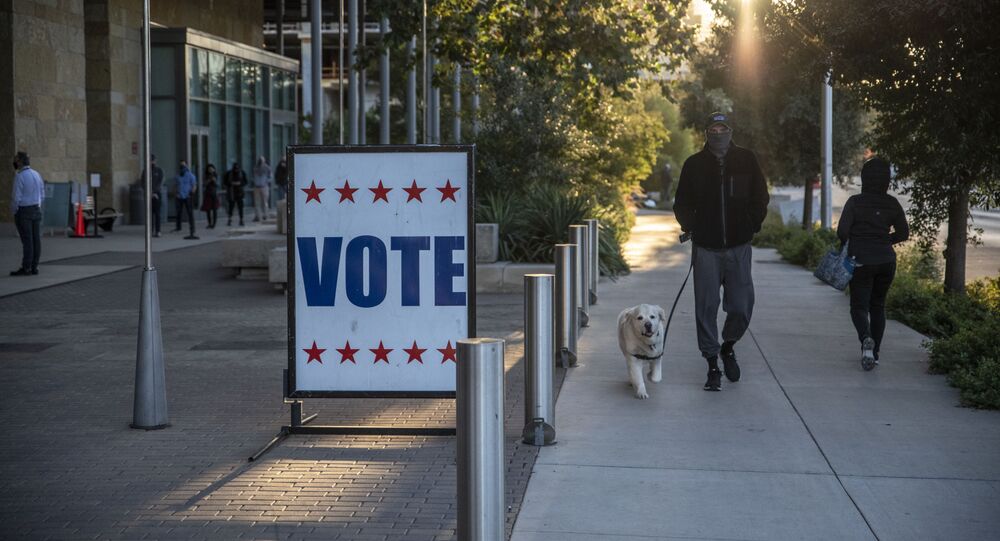 MOSCOW (Sputnik) - Russian Foreign Intelligence Service (SVR) Director Sergei Naryshkin said in an interview with Sputnik that the social crisis, which has swayed the United States over the past several months, would deteriorate regardless of who assumes the presidency for the next four years.

"Our assessment is that the social crisis will deepen regardless of who wins. Clearly, the losing side will disagree with the [election] results, and this will further encourage radicals to take to the streets. This is when we expect this process to drag on. First, for merely technical reasons, the vote-counting process is likely to be delayed, as a large number of people voted early by mail. The count will take some time," Naryshkin told Rossiya Segodnya International Information Agency Director General Dmitry Kiselev.

The SVR director added that the election day would most likely be followed by disputes and even legal proceedings.

The United States is holding its presidential election on Tuesday, with incumbent Donald Trump and Democrat candidate Joe Biden contending for the top post.

The social crisis in the US marked a new turn last week after police officers fatally shot a black man in Philadelphia. Issues of racial injustice and police brutality have sparked mass protests and riots throughout the United States since the death of George Floyd, another black man, in police custody in May.

The coronavirus pandemic has made the situation worse, as the US economy shrank more than 34.3 percent in the second quarter of 2020 due to the lockdown. While almost all sectors of the economy have largely reopened, jobs and business growth have been slow.