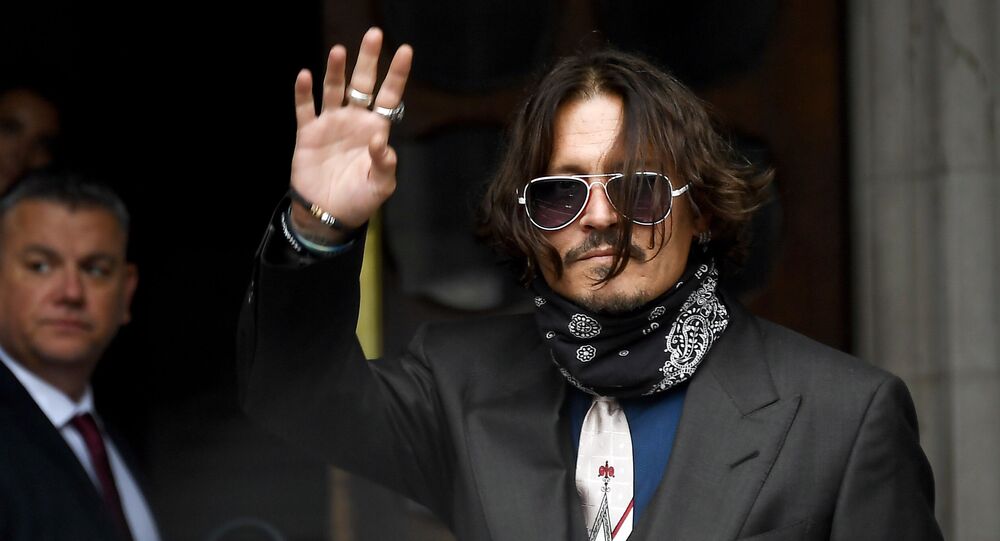 In April 2018 The Sun newspaper wrote an article claiming US film star Johnny Depp had beaten his wife Amber Heard. Depp sued The Sun’s owners and the author of the article, claiming it wrongly portrayed him as being guilty of domestic violence.

Hollywood star Johnny Depp has lost a defamation lawsuit against News Group Newspapers (NGN) - owned by Rupert Murdoch - and Executive Editor Dan Wootton over an article based on allegations by his film star wife Amber Heard.

But Mr Justice Andrew Nicol, who heard 16 days of evidence at the High Court in London in July, ruled against him.

In his ruling, the judge said The Sun had acted fairly and had not acted out of "malice" and he said he did not accept the characterisation of Amber Heard as "nothing more than a gold-digger."

Par 588 "The Claimant has not succeeded in his action for libel. Although he has proved the necessary elements of his cause of action in libel, the Defendants have shown that what they published in the meaning which I have held the words to bear was substantially true."

Depp's lawyers said on Monday, 2 November, he would be appealing against the decision.

Jenny Afia, from Schillings law firm, said: "This decision is as perverse as it is bewildering. Most troubling is the judge’s reliance on the testimony of Amber Heard, and corresponding disregard of the mountain of counter-evidence from police officers, medical practitioners, her own former assistant, other unchallenged witnesses and an array of documentary evidence which completely undermined the allegations, point by point. All of this was overlooked."

She added: "The judgment is so flawed that it would be ridiculous for Mr Depp not to appeal this decision.  In the meantime, we hope that in contrast to this case, the ongoing libel proceedings in America are equitable, with both parties providing full disclosure rather than one side strategically cherry picking what evidence can and cannot be relied upon.”

Depp sued NGN and The Sun’s executive editor Dan Wootton over an article he wrote on 27 April 2018, which was headlined "Gone Potty: How can JK Rowling be 'genuinely happy' casting wife beater Johnny Depp in the new Fantastic Beasts film?"

Having lost, Depp will have to pay The Sun's legal costs, as well as his own, a bill which could be up to £3 million (US$3.88 million).

But it appears as if he will press on with a US$50 million (£38.6 million) libel case against Ms Heard in the US over an article she wrote in the Washington Post.

Heard's lawyer, Elaine Charlson Bredehoft, said: "For those of us present for the London High Court trial, this decision and judgment are not a surprise. Very soon we will be presenting even more voluminous evidence in the US."

The Sun said: "The Sun has stood up and campaigned for the victims of domestic abuse for over twenty years. Domestic abuse victims must never be silenced and we thank the Judge for his careful consideration and thank Amber Heard for her courage in giving evidence to the court."

​Depp's lawyer, David Sherborne, told the High Court in July that Wootton had chosen "to make deliberate and highly topical references to the #MeToo and Time’s Up movements, and even the disgraced film mogul and serial abuser of women Harvey Weinstein," and had suggested Mr Depp was "in the same category."

​Mr Wootton and The Sun sought to defend the lawsuit by claiming the allegations made by Amber Heard were the truth and she gave evidence at the High Court, along with several witnesses called by the newspaper.

The High Court heard at one point that Depp "freaked out" on a private plane flight from Boston to Los Angeles in 2014 after accusing his wife of having an affair with actor James Franco. 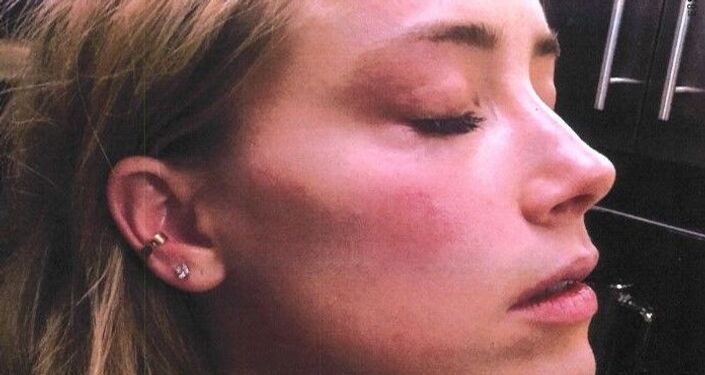 Depp - who is most famous for his appearances as Captain Jack Sparrow in the five Pirates of the Caribbean films - denied assaulting Ms Heard or being out of control during the flight.

Depp replied: "I may have done things that I have no memory of (but) I am certainly not a violent person, especially with women.''

Like I said the other day, Johnny Depp has won in the court of public opinion, and that’s what really matters.

the fact the judiciary website crashed and #JusticeForJohnnyDepp is trending says it all. This is a minor bump in the road for him.

​The plane "freakout" was one of 14 alleged incidents in which Ms Heard claimed Depp was violent towards her between 2013 and 2016.

In her witness statement Ms Heard said she often covertly recorded conversations "to remind Johnny of what he would do when using drugs and alcohol because he wouldn't remember, or deny what he had said."

Depp's former partners Vanessa Paradis and Winona Ryder offered statements on his behalf, in which they said he had never been violent towards them.

Depp loses libel claim against the Sun: judge’s conclusions below.

​But Mr Justice Nicol said he found much of Depp's evidence unreliable.

The judge added: "I accept that she was the victim of sustained and multiple assaults by Mr Depp in Australia. It is a sign of the depth of his rage that he admitted scrawling graffiti in blood from his injured finger and then, when that was insufficient, dipping his badly injured finger in paint and continuing to write messages and other things. I accept her evidence of the nature of the assaults he committed against her. They must have been terrifying. I accept that Mr Depp put her in fear of her life."

This is exactly why male victims don't even bother speaking up. Johnny Depp literally has hours of tapes of Amber Heard abusing him, more than 40 witnesses, medical and police records and security camera footage yet the judge sided with her. I'm shocked.#JusticeForJohnnyDepp

​He said: "I do not accept that Ms Heard was responsible for the injury to Mr Depp’s finger. The first account appears to have been in Mr Depp's text to Dr Kipper. It is notable in that text that he says he cut his finger, not that she cut it. Mr Connolly said that Mr Depp told him on his arrival that Ms Heard had caused the injury
to his finger, but that is not what Mr Depp said in his text to Dr Kipper. Nor did Mr Depp say that Ms Heard had been responsible for the injury to his finger in either of his two texts to sister Christi on 8 March 2015."