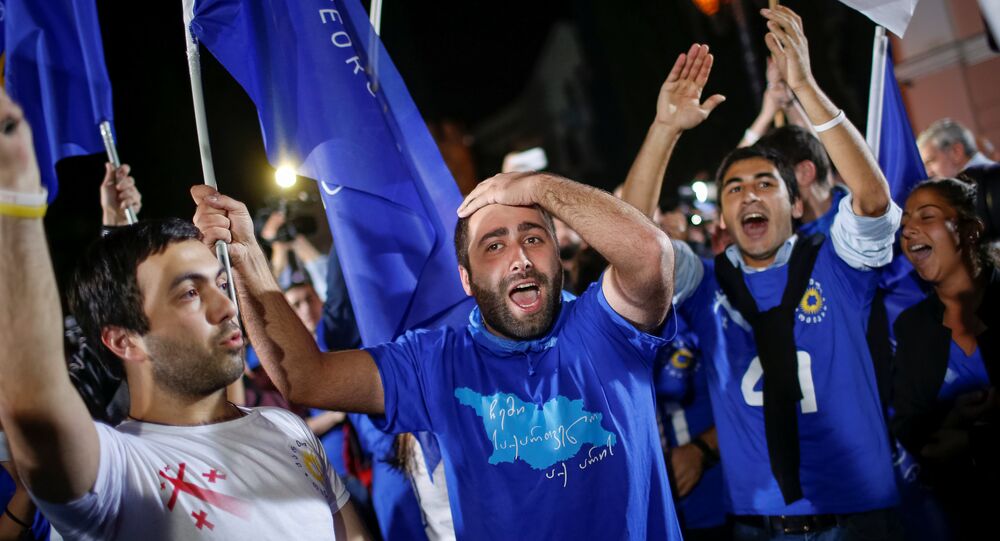 TBILISI (Sputnik) - The executive secretary of the ruling political party Georgian Dream, Irakli Kobakhidze, on Sunday said that his party had already won a legislative majority in the general election, citing data from the Central Election Commission.

"We have already won 62 seats via electoral lists. Regarding the single-seat districts, at least 14 [party candidates] are winning in the first round, meaning we already have 76 seats [in the 150-seat parliament]", Kobakhidze said at a briefing, stressing that the party can form a new cabinet.

According to the Central Electoral Commission, the governing party received around 48 percent of the vote, with 90 percent of ballots already having been counted.

In the meantime, opposition parties stated they have claimed at least 86 seats.

In total, 48 political parties and two-party blocs have registered to run for parliament, with a one percent barrier sufficient to enter the legislative body. Some 120 MPs are elected via party lists and the remaining 30 run in single-member majoritarian districts, where a second round of voting may be held.