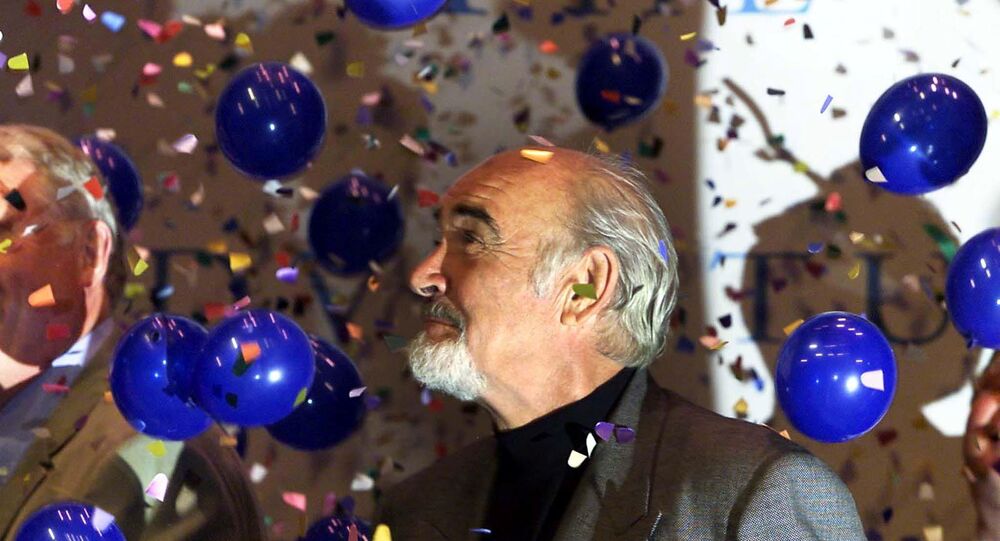 The legendary Scottish actor starred in innumerable films, including The Hunt for Red October, The Rock, Indiana Jones and the Last Crusade, The Untouchables, The Name of The Rose, and many others.

Sir Sean Connery, who celebrated his 90th birthday in August, died on Saturday, the BBC reported. According to preliminary reports, the actor died in his sleep at his home in the Bahamas, where he had been living in recent years.

The first star to play James Bond, Connery performed in seven classic films about Agent 007, beginning with Dr No in 1962.

He won numerous cinematographic awards, including an Oscar for Best Supporting Actor in The Untouchables in 1988. He was granted a knighthood in 2000, and in 2006 Connery retired from acting.

5/ It was a privilege to have known Sean. When I last spoke to him it was clear even then that his health was failing - but the voice, the spirit and the passion that we all loved so well were still there. I will miss him. Scotland will miss him. The world will miss him.

Numerous fans of the star have published posts on social media to thank Connery for his brilliant performances over the years.

Sir Sean Connery has died aged 90. The greatest James Bond and a legendary actor who gifted us an incredible body of work#SeanConnery #ripseanconnery pic.twitter.com/N8J2PHpdyg

Being the first James Bond movie it afforded SEAN CONNERY the opportunity to deliver - here for the very first time - one of the most famous lines in movie history.#RIPSeanConnery - your legacy is assured Sirpic.twitter.com/cRjW295Taf

RIP Sean Connery. Scotland has never had an actor before or since with such instant & indescribable global impact. Like Billy Connolly in terms of comedy, he was the First Man on The Moon and thus can never be surpassed. Perhaps our greatest, coolest export of all time. pic.twitter.com/7eDoyX1sTr

Sean Connery dying is one of those things where it was going to happen one day, but for some reason you also thought maybe it actually wouldn't.

Thoughts with his friends and family. My favourite story is he turned down a role in Lord Of The Rings because "It made no sense." pic.twitter.com/T6FFZOf8R8

On damn, no. Not Sean Connery. Losing him's just a bit too much. Not even death, though, will break our bond. pic.twitter.com/0aOLd9FzX7

Connery was also known as a proud Scottish patriot, as he contributed to the re-establishment of the Scottish parliament in 1999 - almost 300 years after the last meeting of the legislative body took place. The actor also took part in the restored parliament's first session, where he was greeted by an ovation from MPs, and called that day the most important in his life.