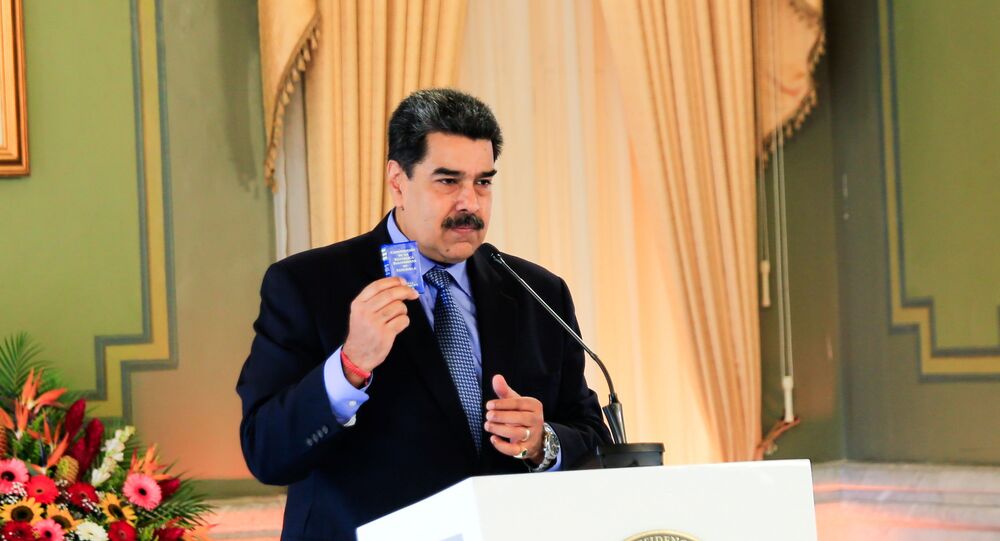 CARACAS (Sputnik) - Venezuelan President Nicolas Maduro has accused Spain of becoming the centre of conspiracy against Venezuela after the arrival of Venezuelan opposition activist Leopoldo Lopez to Spain.

Maduro added that he was informed about Lopez's arrival to Spain and that opposition activist contacted his political chiefs to call for elections but in reality, Lopez intended to generate violence.

The Venezuelan president also said that he expects the Spanish government to take action on the matter and to ensure that Spain does not become a centre of Lopez's conspiracy against Venezuela.

© Sputnik / Sergei Guneev
Over 300 Foreign Observers to Monitor Elections in Venezuela, President Maduro Says
Earlier in October, Leopoldo Lopez ran off to Spain from Venezuela where he had been convicted for the death of 43 people during anti-governmental demonstrations in 2014. In 2019 he sought asylum in the residence of Spanish Ambassador Jesus Silva, whom Venezuela accused of conspiring against the Latin American country.

The Spanish government said that they would not send another diplomat to Venezuela after Silva's recall. Both countries accused each other of violating the Vienna Convention for Diplomatic Relations in recent days.