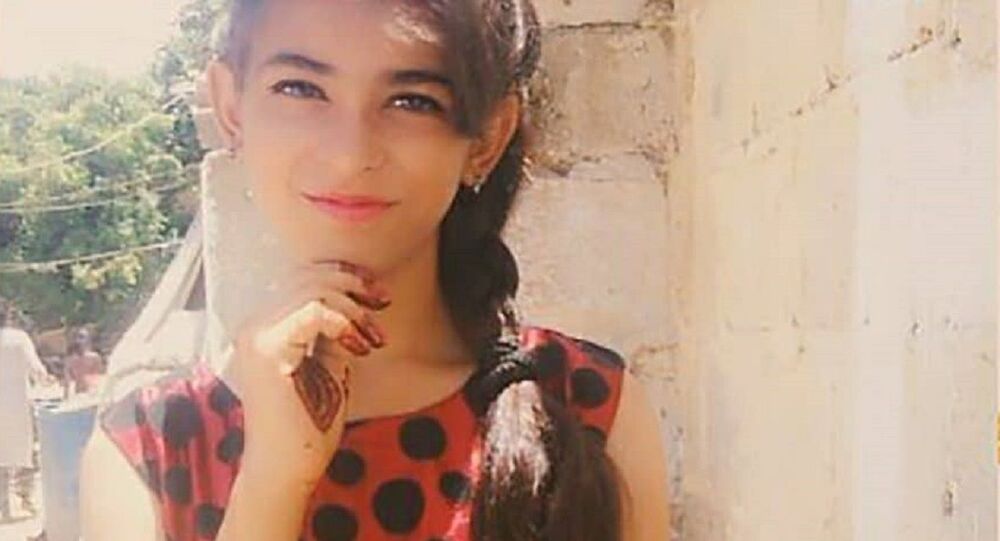 There have been multiple reports of forced conversions to Islam, vandalism of places of worship, and rapes in Pakistan. An estimated 1,000 Hindu and Christian women are forced to convert and marry Muslim men every year in the country, according to a report by the Movement for Solidarity and Peace in Pakistan.

Arzoo Raja Masih, a 13-year-old Catholic girl from Pakistan’s Karachi, has allegedly been kidnapped, converted to Islam, and married to a 44-year-old man, Ali Azhar.

The Christian community, along with women and minority rights group, have been staging protests since the Sindh High Court validated the marriage on 27 October and did not make any arrests in the case.

A protest was organized on 25th Oct in front of the Karachi Press Club against the forced conversion & marriage of the 13 yr old minor #Christian girl Arzoo Masih.
Raise your voice to help protect innocent girls from this vicious circle.#JusticeForArzoo#StopConvertingMinorities pic.twitter.com/NPNNoobORH

#ArzooRaja case in Karachi and #ReetaKumari case in Islamkot validate the fears of religious minorities and their complaints about abduction, rape, forced marriages and forced conversion of girls and women from minority communities. pic.twitter.com/kvDSD9M1zV

The girl was last seen playing near her home on 13 October before she went missing. Arzoo’s family lodged a police complaint against Ali Azhar for kidnapping and marrying the girl and filed a petition in a local court.

The court granted custody of the girl to her alleged abductor, ruling that she had married Azhar out of her own "free will".

Videos on social media show her family pleading to meet her daughter in court during the hearing. The mother said she had not been allowed to see her daughter by Azhar's family.

"Let the mother meet, please. Come to mumma Arzoo", the crying mother can be heard saying in the footage.

The heart-wrenching cries of this mother should make us hang our heads in shame.Her daughter, 13-yr-old Arzoo Raja, a Christian, was kidnapped, forcibly converted to Islam & married to a 44-yr-old man.A court, on basis of docs signed under duress, sent the child with her abductor pic.twitter.com/rJYPisUNMp

A campaign for justice for Arzoo has been gaining momentum on social media, with several netizens calling for the government after repeated cases of conversion and biased handling of cases by courts.

‘After passage of time petitioner realise that Islam is universal religion’.
This is the language of the learned court. The high court, the government siding with one religion over another & we are obsessed with minority rights abroad. https://t.co/3sZJcnU1Ur

Our government is more and more concerned about minorities when they are in front of camera and in the National Assembly but now when Christians are demanding justice for the Arzoo Raja they are not paying attention on the huge issue. Kindly do give them justice. pic.twitter.com/ZeqTu4qO6e

​According to Pakistani government statistics, minorities make up around 3.72 percent of the country's overwhelmingly Muslim population. This includes 1.6 percent Christians. The Human Rights Commission of Pakistan (HRCP) recently released a report highlighting the suffering of minorities due to forced conversions to Islam