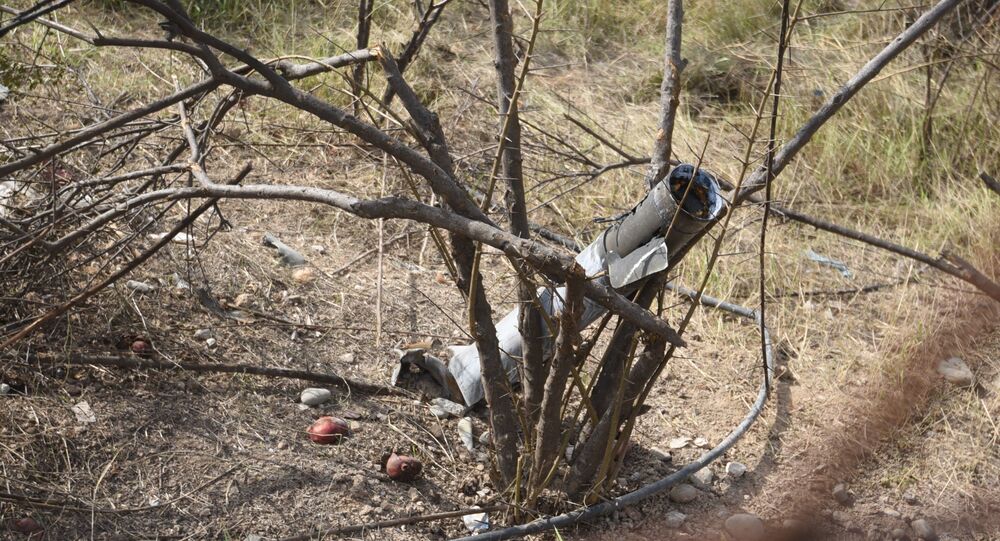 Earlier, the foreign ministers of Armenia and France emphasised the need for an immediate ceasefire in the unrecognised republic of Nagorno-Karabakh.

A new US-mediated humanitarian ceasefire in Nagorno-Karabakh, the third since the outbreak of hostilities, entered into force this past Monday and was subsequently violated, just like its predecessors.

The fighting on the line of contact in Nagorno-Karabakh between Armenia and Azerbaijan started on 27 September, when Yerevan and Baku accused each other of carrying out provocations in the conflict zone.

The international community, including Russia, strongly condemned the escalation and called on parties to settle the differences via dialogue, while Turkey pledged its full support for Azerbaijan.

Lengthy negotiations initiated by Russia and involving top diplomats from Armenia and Azerbaijan in Moscow on 9-10 October resulted in a ceasefire agreement, but the exchange of fire continued unabated. Days later, Russia made a second attempt to broker truce between the two sides, but the deal was broken shortly after entering into force. The latest, US-mitigated ceasefire has met a similar outcome.