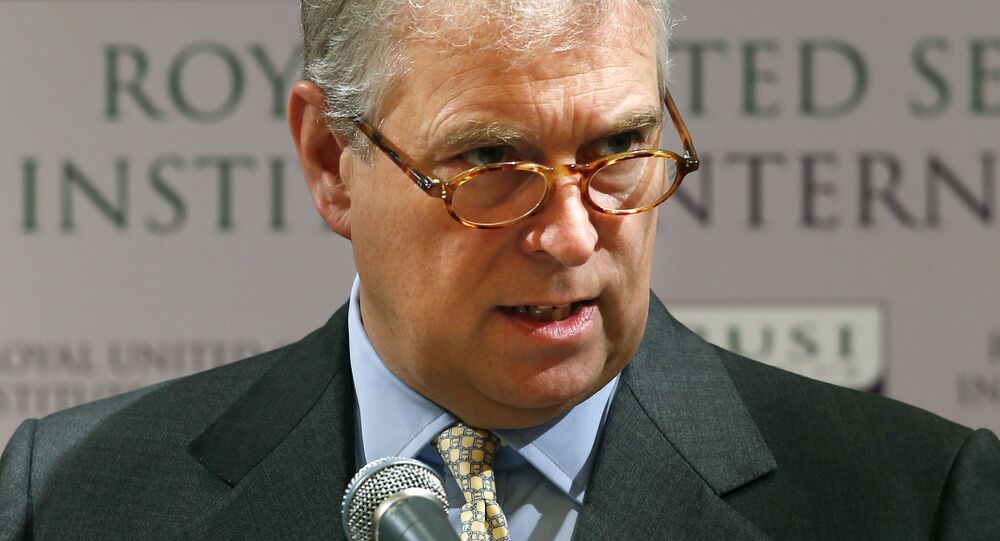 The Duke of York has been accused of having sex with one of Epstein’s accusers three times, claims which he and Buckingham Palace have fiercely denied.

One of the women from Epstein's "black book" told the magazine that he directly approached her when she was at an art fair in Palm Beach, Florida.

“He came up to me and said, ‘Would you like a date with Prince Andrew?’” she said.

Another woman from the book that went under the pseudonym of Julie said that this was Epstein's usual technique of approaching women.

“He’d take some rich guy and introduce him to a girl,” she said.

Julie recalled how Epstein was setting her up for a meeting with Victoria’s Secret founder Leslie Wexner. According to the woman, Epstein described Wexner as a super-successful person, who, however, didn't have any real life and didn't have anyone to share what he had with.

Mother Jones author Leland Nall stated that he spent a year contacting all 1,571 people from the black book. The list included billionaires, CEOs, bankers, models, celebrities, scientists and Epstein’s closest friends, many of whom just hang up the telephone in panic.

He even recalled how he managed to call a private number at Buckingham Palace, claiming that 16 numbers in the book were assigned for the Duke of York.

“When someone replied, I just asked if Prince Andrew was there. Finally, I was asked angrily how I got this number and who I was. Then they hung up on me,” he said.

© Photo : YouTube/ Westchester Digital Summit
Epstein Told Maxwell to Reward Those Who Could Discredit Alleged Victim Virginia Giuffre
Prince Andrew officially stepped down from his royal duties amid the furore which resulted from remarks he made while being interviewed by Emily Maitlis for the BBC in November 2019.

During the interview, the Duke of York defended his friendship with the disgraced financier and convicted sex offender Jeffrey Epstein and denied claims made by Virginia Roberts Giuffre that she had had a sexual relationship with him at least three times on the orders of Epstein and his associate Ghislaine Maxwell.