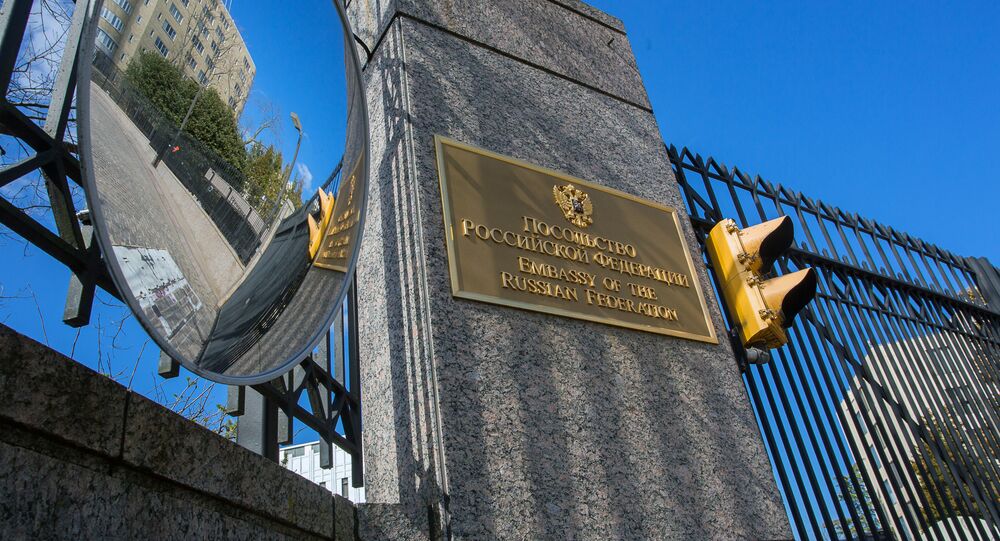 Russian Embassy Criticises Proposed Visa Restrictions for Journalists in US

WASHINGTON (Sputnik) - The Russian Embassy to the United States criticised the proposed US visa restrictions for journalists, saying that, in line with the principle of reciprocity, they could harm US journalists abroad.

In September, the Department of Homeland Security (DHS) proposed limiting the duration of visas issued to foreign journalists to 240 days with an opportunity to obtain a maximum extension of 240 days.

"The novelties proposed by the DHS in order to revise 'I' visa issuance procedures significantly complicate the professional duties of foreign journalists in the United States. In particular, the limitation of the period of stay for foreign media employees to 240 days [...] will not allow them to consistently cover local events. They will have to leave the United States for a considerable time to obtain a new visa", the embassy said in a comment sent to the US government portal regulations.gov as part of the public debate.

According to Moscow, complicating bureaucratic procedures and creating artificial barriers for the normal work of foreign journalists "do not correspond with the concepts of freedom of speech and equal access to information".

"The reasons for the implementation of such decisions are also not clear, which makes it impossible to assess their practical significance. Moreover, based on the principle of reciprocity in international relations, the measures proposed by the DHS could negatively affect the work of American reporters abroad", it said.

Earlier, the Association of Foreign Press Correspondents in the USA (AFC-USA) also criticised the possible changes proposed by the DHS, saying that pose a threat to media freedom in the United States.

The DHS has explained the proposed update with the need to ensure the integrity of the US immigration system. In addition, it also proposed putting limits on foreign student visas from two to four years. These student visas allow foreign nationals to remain in the United States for as long as they maintain compliance with the admission terms.