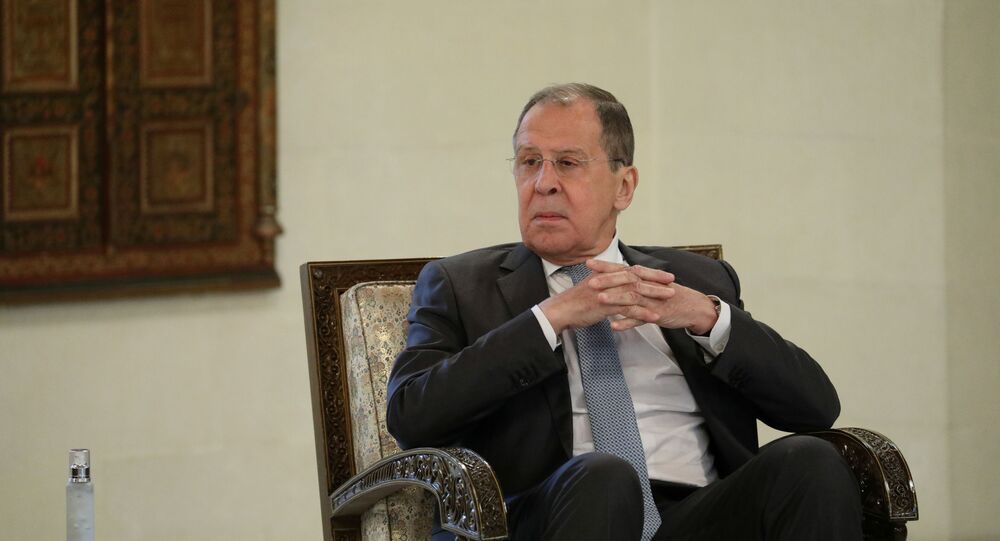 MOSCOW (Sputnik) - The United States and a number of EU countries have been stepping up efforts to prevent Russia from developing further by imposing new sanctions, without providing any factual evidence to explain the anti-Russia sanctions, Russian Foreign Minister Sergey Lavrov told the Croatian Vecernji List daily.

Lavrov added that all accusations against Russia are being made on the level of "highly likely", often with fabricated evidence presented as the basis for anti-Russia claims.

"Unfortunately, we have to admit that recently Washington and a number of EU capitals have been redoubling their efforts to curb the development of Russia, seeking to punish us for an independent foreign policy, for consistently upholding national interests. To justify their actions, the introduction of new anti-Russian sanctions, they are throwing in various accusations and insinuations, including those mentioned [accusations of interference in US elections and the situation with Navalny]. At the same time, no one has provided any facts or evidence", Lavrov said.

Lavrov recalled Berlin's refusal to respond to numerous requests from the Russian Prosecutor General's Office in the so-called Navalny case, in direct violation of Germany's obligations under the 1959 European Convention on Mutual Assistance in Criminal Matters.

"Instead of respecting this international legal document, the representatives of Germany and France initiated yet another batch of illegitimate EU sanctions against Russian citizens. All this sadly and clearly illustrates the inability of the European Union to adequately assess what is happening in the world, its desire to put itself outside the law", Lavrov told Vecernji List.

He stressed that Moscow will not leave the anti-Russia actions of its western colleagues without a response.

Lavrov also said that Russia's proposals to organise a professional dialogue with its western colleagues have been left without a response.

"We have to conclude that there is no reason to count on a mutually respectful consideration of emerging problems, since the West has made it a rule to talk with Russia from the position of the presumption of its guilt in everything", the Russian foreign minister said.

The foreign minister also stressed that Russia is not imposing its gas on any country and talk about EU countries' dependence on Russian gas is groundless.

"Our country has been and has remained for many decades a reliable and honest partner in terms of energy supplies. This is very well known in Zagreb. Just like the fact that gas contracts with us have no political motives, we are talking about pure commerce. We have of course heard the talk about the notorious 'dependence' of Croatia and other European states on Russian gas, but we do not find anything in them except the desire to sow unreasonable doubts. We do not impose anything on anyone, and we execute all the concluded contracts with full responsibility", Lavrov said.

Commenting on the construction of a Liquefied Natural Gas (LNG) terminal on the island of Krk in Croatia, Lavrov said that Russia respects any country's right to independently decide on its energy policy and suppliers.

"We are not against competition. But healthy, honest competition based on market principles and not political slogans of the Cold War era", the Russian foreign minister told Vecernji List.

Lavrov added that the construction of the Krk LNG terminal is the internal affair of Croatia.

"If our Croatian colleagues believe that it is better for the country's economy to buy liquefied, and not cheaper pipeline gas, they are welcome to do so. Everyone has the right to calculate their own benefit", Lavrov said.

The LNG terminal on the island of Krk will have a regasification capacity of around 2.7 billion cubic meters per year of natural gas. The floating liquefied natural gas regasification terminal is being financed by the Croatian government, the EU and local energy companies.