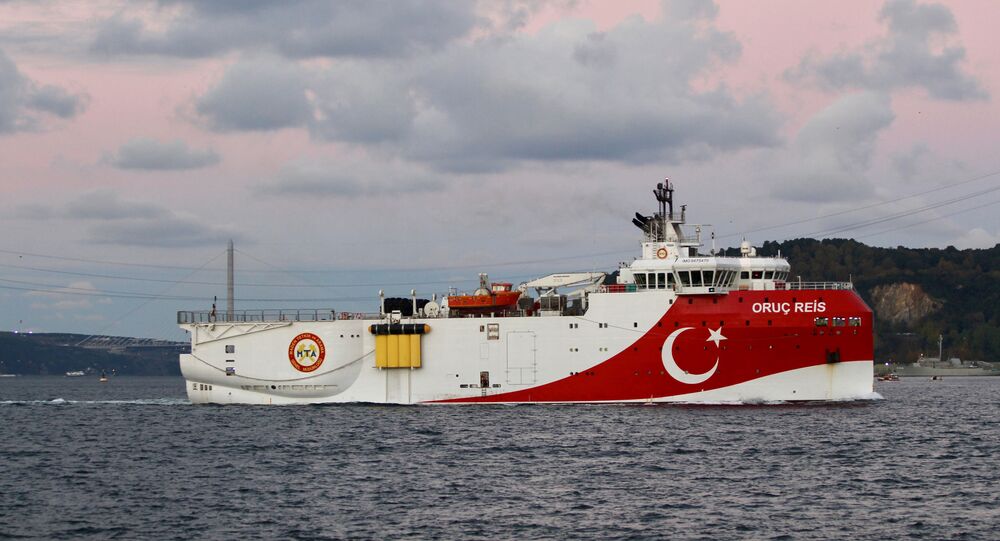 MOSCOW (Sputnik) - Turkey's calls for a dialogue on the disputed areas of the Eastern Mediterranean are nothing but empty words, while Ankara's continued geological explorations in the area escalate the existing tensions, Greek Foreign Minister Nikos Dendias said on Monday.

The Turkish research vessel, Oruc Reis, will be conducting a seismic exploration of hydrocarbon deposits in the Eastern Mediterranean until 4 November. Turkey has issued a new international Navtex alert, according to which the Oruc Reis vessel was to conduct research with the Ataman and Cengizhan vessels south of the Greek island of Kastelorizo.

"It was just yesterday when Turkey once again voiced its will to conduct illegal seismic surveys in the Eastern Mediterranean. It is becoming quite obvious that Turkey seeks to escalate tension and any calls for dialogue are purely conditional," Dendias said during a press conference with his Russian counterpart, Sergey Lavrov, adding that Greece had always been ready to engage in constructive talks.

"[Turkey's] words are devoid of any integrity," Dendias added.

On 11 October, Turkey announced that Oruc Reis exploration would take place from 12 to 22 October. The mission was later extended until 27 October. The Greek Foreign Ministry said that the area belongs to the Greek continental shelf and is located just 6.5 nautical miles from the coast of Kastelorizo.