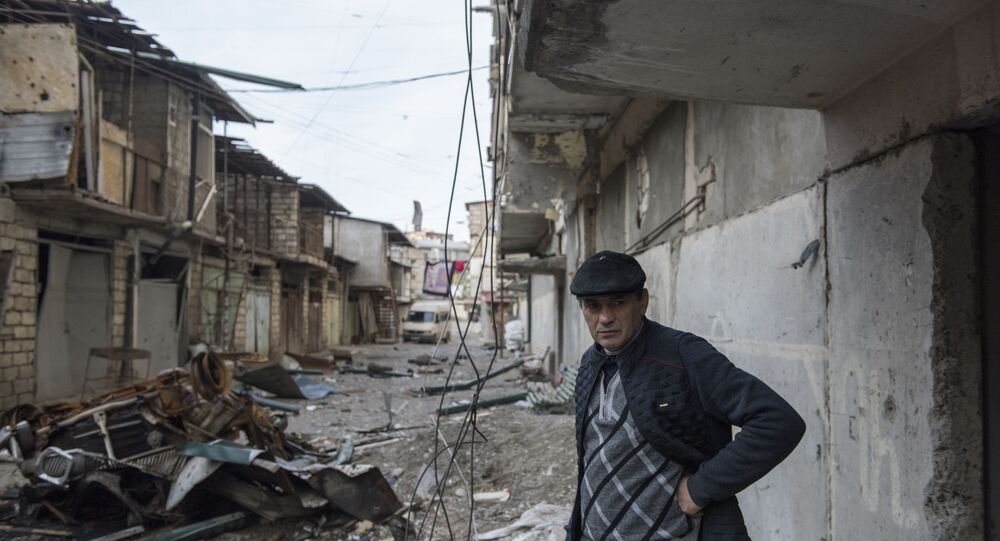 MOSCOW (Sputnik) - Russia believes that only a diplomatic solution is possible to the Karabakh crisis and calls on all the external players to abstain from promoting the military scenario, Foreign Minister Sergei Lavrov said in an interview with the Athens News Agency - Macedonian Press Agency.

"It is not a secret that we do not support the possibility and the admissibility of a military solution to this problem. As we see both the Armenian and the Azerbaijani people as our friends and brothers, we just cannot share such aspirations," Lavrov said.

The presidents of Russia, the United States and France — the co-chairs of the Organization for Security and Co-operation in Europe's Minsk Group — have spoken in favor of an "exclusively political" crisis settlement, the minister recalled.

"We are calling on all the foreign players to do everything possible to prevent further promotion of the military scenario, to dampen emotions of the sides and to activate effort to create conditions for relaunching the peace process," Lavrov concluded.

The US State Department announced on Sunday that a new humanitarian ceasefire in Nagorno-Karabakh was going to enter into force at 8:00 a. m. local time (04:00 GMT) on 26 October.

The president of the self-proclaimed republic of Artsakh (Republic of Nagorno-Karabakh), Arayik Harutyunyan, said Stepanakert was ready to adhere to the new ceasefire deal, reached with the mediation of the United States and with the participation of the OSCE Minsk Group co-chairs, which reaffirms the parties' commitments to implement the truce agreed upon on 10 and 17 October  at the initiative of Russian President Vladimir Putin and his French counterpart Emmanuel Macron.