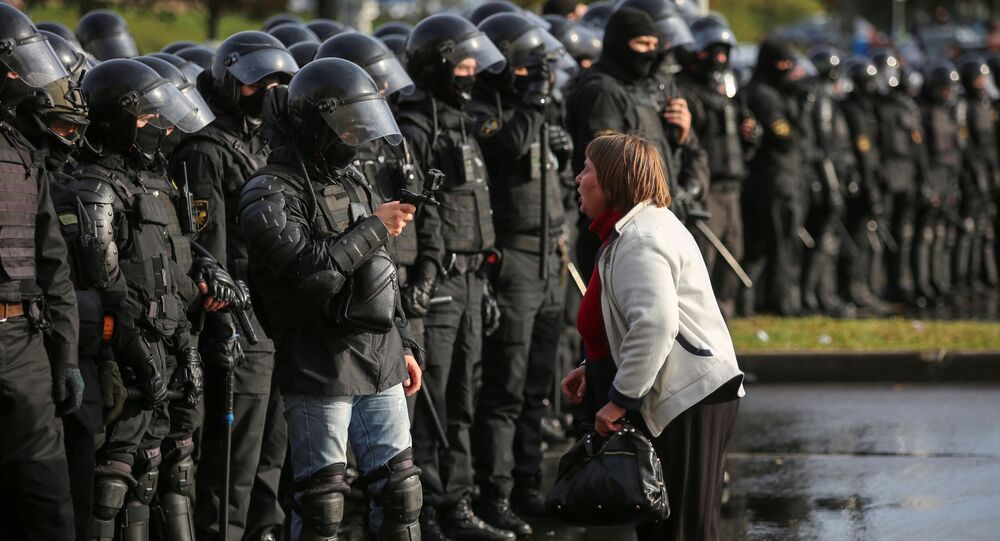 MINSK (Sputnik) - Three journalists of the Sky News channel, earlier taken to a police station in Minsk, have been released after their camera was seized in a probe, the Belarusian Association of Journalists said on Saturday. Their driver remains currently detained.

Earlier in the day, the association reported that a Sky News camera crew had been detained in central Minsk. Diana Magnay, a UK citizen, as well as Anastasia Leonova and Vadim Nechaev were taken to the police station and later released. The circumstances of the detention remain unclear.

"Three Sky News journalists have been released from the police station based in Minsk’s Sovetsky district. A video camera has not been returned, it will be sent for the probe," the association wrote on Telegram.

It was added that the driver of the camera crew "remains to be detained."

Over 200 people, a majority of whom were young women, participated in a "women’s march" in the Belarusian capital on Saturday. The protesters went along Independence Avenue, accompanied by security service vehicles. Seventeen female participants of the unauthorized rally organized by the Belarusian opposition were detained.

Mass opposition protests have been ongoing in Belarus since the hotly-contested 9 August presidential election in which the incumbent, Alexander Lukashenko, secured a sixth consecutive term. The opposition has refused to recognize the results and has continued to hold rallies.