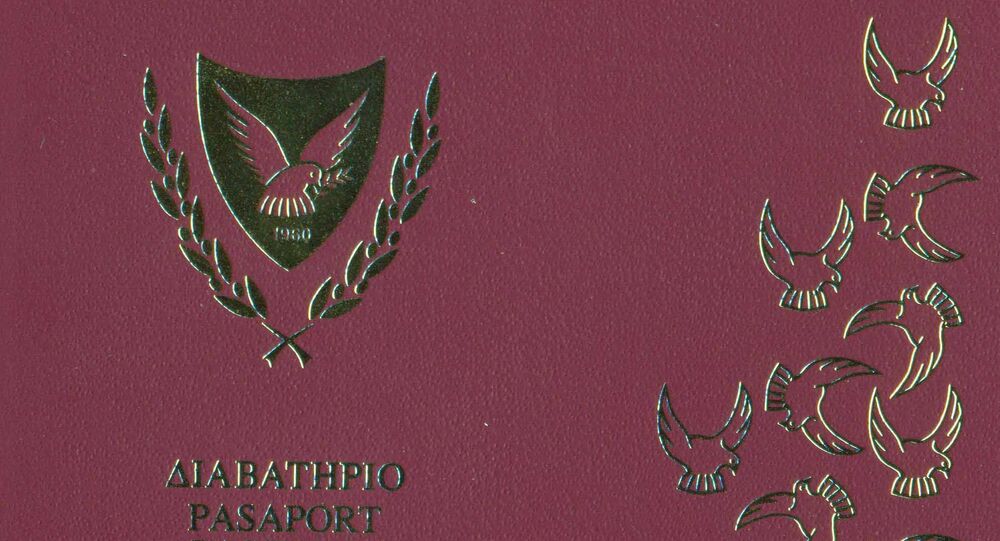 BRUSSELS (Sputnik) - The practice of giving EU passports to foreign citizens in exchange for large investments, informally called golden passports, appears to be on its last leg with dizzying abruptness.

Just at the beginning of October, the Citizenship for Investment program practised in Cyprus, Malta and Bulgaria was nowhere to be seen on topics of discussion of EU leadership in Brussels.

An investigative documentary film released on October 12 by Al-Jazeera showed high-ranking Cypriot officials arranging for a passport handout to a fictional Chinese businessman with a criminal record without batting an eye.

This led to several to an outcry against the program with a consensus and swiftness that is rarely seen in Brussels.

Cyprus and Malta, currently the targets of the EU’s ire, have raised billions from golden passports. Cyprus alone has reportedly issued some 4,000 citizenships netting over $8 billion in revenue.

The documentary has already led to the resignation of Cyprus’ second most powerful politician, Speaker of Parliament Demetris Sylllouris, along with another lawmaker caught on tape.

In a quickfire fashion, the government announced it was moving to cancel the program by November 1.

This did not stop Brussels from announcing it was launching legal action against the two island nations.

"The commission considers that the granting of EU citizenship for pre-determined payments or investments without any genuine link with the member states concerned, undermines the essence of EU citizenship," the European Commission spokesman Christian Wigand said earlier in the week, announcing the infringement procedures.

After giving a two-month deadline for the island nations to respond to the notice, the spokesman underlined Brussels’ line that such policies basically erode the very sanctity of EU citizenry.

"It is important that no member state is operating schemes that essentially result in selling in EU citizenship," Wigand concluded at the press conference.

At the same time, Justice Commissioner Didier Reynders held a plenary session in the European Parliament on Thursday where he was barraged by lawmakers to ban the practice altogether, according to the parliament’s press office. According to the parliament’s deposition, the voices in opposition were minimal and mostly centred around the monetary gains that these countries have come to rely on.

With the plethora of divisive topics and an increasingly fractious bloc, it appears as though EU politicians have jumped on the opportunity to tackle a straightforward issue in a rare show of unison.

This may be the reason the ire is directed so singularly on the island nations, and little is said about Bulgaria’s golden passport program, and even less is said about the fact that 19 EU nations hand out permanent residencies in exchange for sizeable investments.

The EU need not turn away from rewarding individual investors with the privileges of living on their territory, provided the investors deem business visas not satisfactory enough.

The United States, also a coveted destination for illegally acquired capital, has developed a rather sophisticated vetting system to make sure it is not accused of handing residencies to bad actors.

Whereas Cyprus arranges for full naturalization for any individual that invests 2.15 million euros ($2.5 million), of which only 150,000 euros must be earmarked for government funds and organizations, the US’ Citizenship and Immigration Services (USCIS) has a Regional Centers Program that targets specific areas for investment to ensure job creation and economic growth.

The EB-5 Immigrant Investor requires an investment of $1.8 million, or $900,000 with a set of conditions. In particular, the investment must be "at-risk," meaning that the funds must go into a business that will go into an active for-profit business that may go bust, as well as show creation 10 full-time US jobs for two years. Furthermore, the investor must have no prior criminal record and proof must be provided that the funds were legally acquired.

The Price of Cohesion

Belgian economist Etienne de Callatay, who currently heads Orcadia Asset Management after years of serving at the country’s Finance Ministry, believes that "Social cohesion within the European Union is at this price."

Speaking with Sputnik, de Callatay denounced the idea of linking citizenship to money.

"I share the indignation of the Cypriot opposition and the position of the Europen Commission… despite the fact that special schemes could exist, such as in the US, citizenship can never be a question of money," de Catallay said.

The former official also stressed that gaining citizenship under these schemes could be seen as little more than a "criminal transaction" which allows for financial criminals to wipe their slate clean.

At the heels of the scandal, Cyprus announced it was revoking the citizenships of seven individuals over allegedly submitting false information in their applications. Among them was reportedly Jho Low, a Malaysian financier believed to have been the architect behind the laundering of some $4.5 billion from Malaysia’s 1MDB sovereign wealth fund.

By this token, the Citizenship for Investment scheme has allowed for some high profile neighbours in the European Union. It remains to be seen, however, whether scrapping the golden passports but keeping the equally unsophisticated golden visas regime in place would not simply change "EU for sale" to "EU for rent."