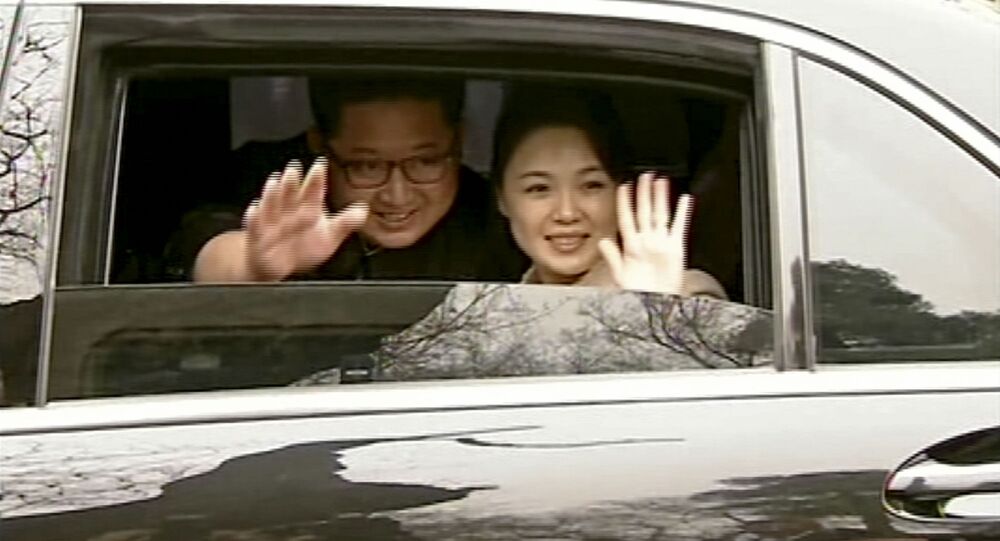 Ri Sol-ju, aged 31, was last captured on camera while attending a public event just before the global corona epidemic erupted earlier this year.

She was last pictured by state media by her powerful husband's side on 25 January, at a Lunar New Year performance held at a Pyongyang theatre.

The 31-year-old made headlines at the time by sitting next to Kim's 74-year-old aunt, Kim Kyong-hui, who had not appeared in public for more than six years, sparking rumours that she had been purged or even executed, like her husband Jang Song-thaek.

Now, speculations have started swirling around Kim's wife's mysterious absence, a source told a Seoul-based website Daily NK. More specifically, Ri, whose official title is "respected first lady" in state media reports, was not shown at North Korea's most recent military parade on 10 October, whereas in previous years, she attended the event alongside her purportedly 36-year-old husband.

One of the suppositions is that she as a responsible mother and wife is deeply preoccupied with the power couple's daughter, who is thought to now be of primary school age, having reportedly been born in 2013.

Also, there is speculation that Ri is suffering from some kind of health issue, Daily NK reported, adding though that it is not the most probable theory.

Rumours are running rampant across the peninsula that Ri could now be full-on looking after Kim's aunt, Kim Kyong-hui, who was pictured with the couple at the Lunar New Year Event in January.

The leader's aunt - the younger sister of the late Kim Jong-il, is reportedly in poor health.

"This rumour is the most prevalent in society given that it has been spread by people with 'quick access to information'", Daily NK reported, assuming Kim's "affection" for his aunt increased after her husband and Kim's uncle's execution, which ostensibly made him treat her as a "family elder" and to make sure she is "specially cared for".

However, another possible explanation, since her last public appearance came just before the international COVID-19 outbreak, is that she fears attending public spots due to the raging pandemic, over concerns this could affect Kim's family, including children.

In July 2012, North Korea confirmed that Kim and Ri were married, weeks after she was seen by his side for the first time in public.