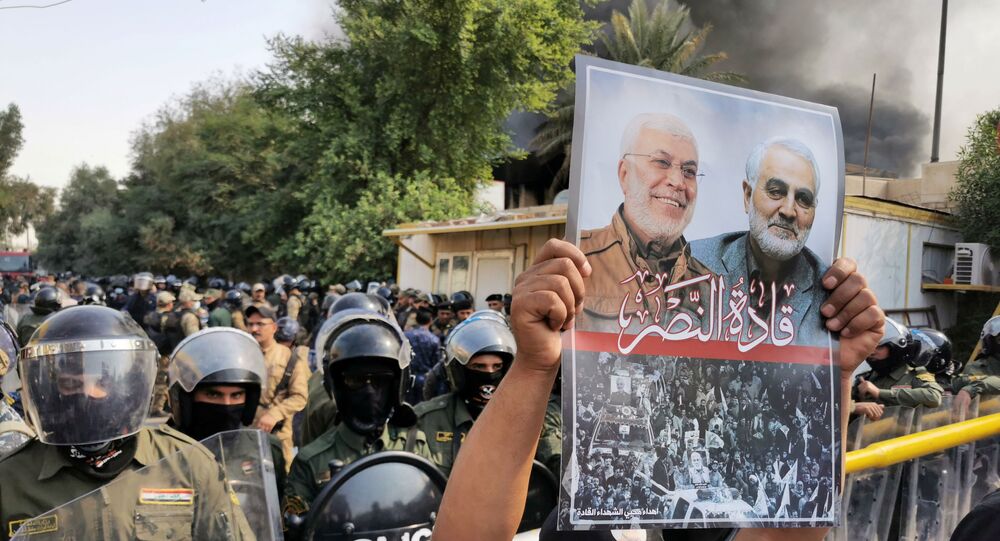 Noam Chomsky on General Soleimani’s Killing: 'It's as if Iran Decided to Murder Mike Pompeo'

Top Iranian general Qasem Soleimani was killed in a US drone strike in early January, further exacerbating tensions between Tehran and Washington. Tensions have been a staple feature of US-Iranian relations since the Trump administration's unilateral withdrawal from the Iran nuclear deal in 2018.

According to him, "nothing like that happened during the Second World War or during the Cold War".

The 91-year-old luminary also argued that Soleimani's assassination was "as if Iran had decided to murder [US Secretary of State] Mike Pompeo and a major general along with him at the Mexico City International Airport".

Chomsky pointed to the "astonishing" fact that the general's killing is "praised" in the US, which he said "shows how extreme the internal assumption is, that the United States is a rouge state, which has nothing to do with international law or obligations".

In light of this, the US professor also touched upon the US withdrawal from the 2015 Iran nuclear deal, also known as the Joint Comprehensive Plan of Action (JCPOA), in 2018.

He described the move as a "violation of international law", and counter to UN Security Council Resolution 2231 authorising the Iran deal.

Soleimani and senior Iraqi militia commander Abu Mahdi al-Muhandis were killed in a US drone strike on their car at the Baghdad International Airport on 3 January, in an attack authorised by President Donald Trump.

This led to a major escalation of tensions between Tehran and Washington, with Iran officially responding by launching air strikes against two Iraqi military bases housing US troops.

© CC BY 4.0 / sayyed shahab-o- din vajedi / Sardar Qasem Soleimani
Iran to Execute Alleged CIA Spy Involved in Killing of Ex-Quds Commander Soleimani
The strikes caused no deaths or serious injuries, but the Pentagon has since reported that at least 109 US servicemen have been diagnosed with traumatic brain injuries.

US-Iranian tensions have persisted since 8 May 2018, when President Trump announced Washington's unilateral exit from the JCPOA, also reinstating harsh economic sanctions against Tehran. Exactly a year later, Tehran declared that it would start scaling down its key JCPOA commitments.