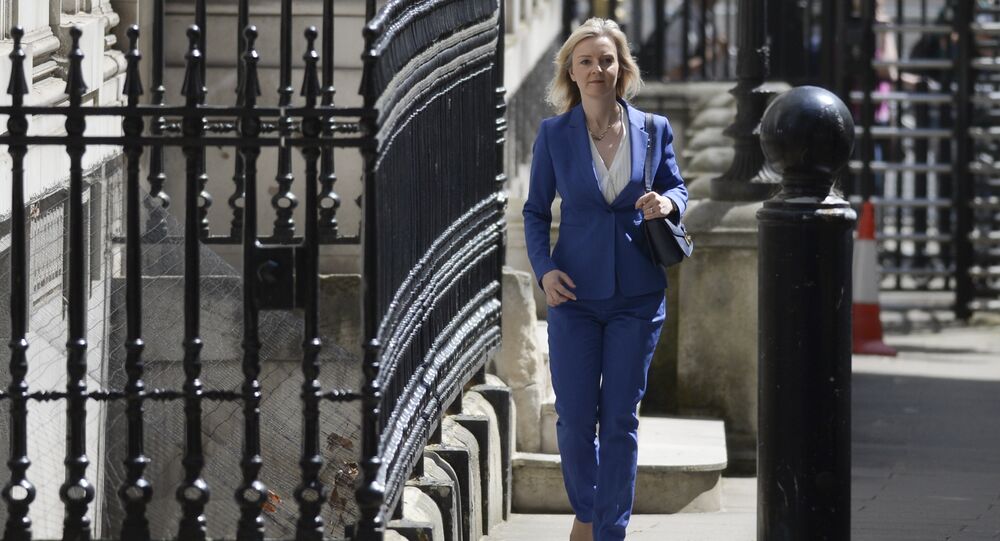 Signing of Trade Deal With Japan Shows What UK Can Do As 'Independent Trading Nation', Truss Says

LONDON (Sputnik) – The UK government hailed on Friday the free trade agreement signed with Japan as UK’s first major trade deal as "an independent trading nation" following its departure from the European Union on 31 January and as an important step towards joining the Comprehensive Trans-Pacific Partnership (TPP) free trade area.

"Today is a landmark moment for Britain. It shows what we can do as an independent trading nation, as we secure modern and bespoke provisions in areas like tech and services that are critical to the future of our country and the reshaping of our economy", UK International Trade Secretary, Liz Truss, said.

Truss, who signed the agreement alongside Japan’s Foreign Minister Motegi Toshimitsu in Tokyo, said it will open a clear pathway to UK’s membership of the TPP, and "strengthens ties with a like-minded democracy, key ally and major investor in Britain".

According to the UK government, the estimated boost to bilateral trade after the signing of the deal is over £15 billion ($19 billion), with long term benefits that will help UK economy to recover from the COVID-19 pandemic.

"The deal is tailored to both economies and has secured that goes beyond existing EU deals, with big benefits for digital and data, financial services, food and drink, and creative industries", it said.

After leaving the EU on 31 January, the UK embarked on trade negotiations with the US, Japan, Australia and the EU itself, in an attempt to compensate for its departure from the bloc.

© AP Photo / Kirsty Wigglesworth
Tokyo Confirms UK Trade Secretary Will Visit Japan to Sign Free Trade Agreement on Friday
Any deal coming from those negotiations will have to wait for the conclusion of the transition period agreed between London and Brussels as part of the Withdrawal Agreement, which is due to expire on 31 December.

Trade negotiations between the UK and the EU resumed in London on Thursday, in a last-minute attempt to reach a deal before the end of the year.