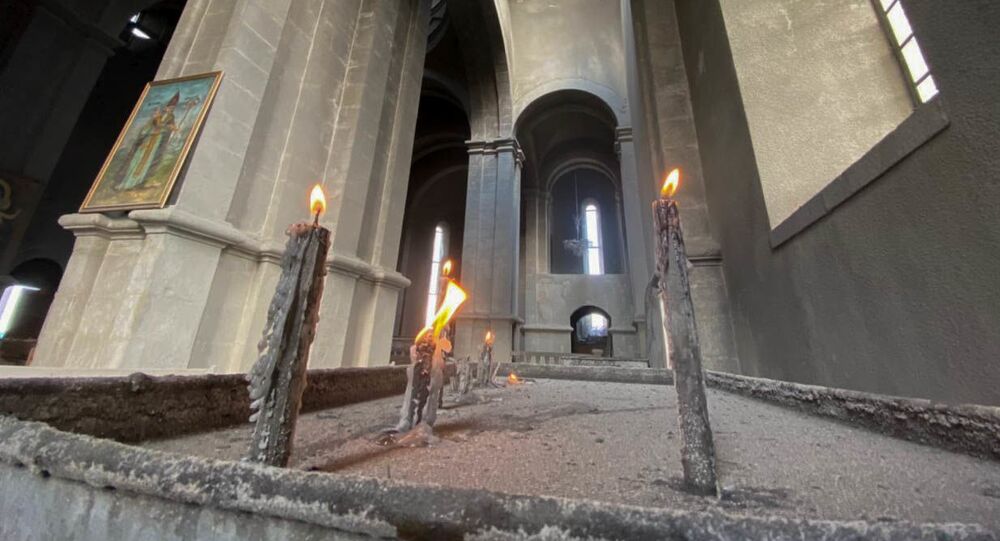 So far, Armenia and Azerbaijan have twice agreed on a humanitarian ceasefire, mediated by Moscow, in order to exchange prisoners and the deceased. However, both times the sides resumed clashes, accusing each other of breaching the deal and the fighting in Nagorno-Karabakh continued.

A new round of hostilities began in Nagorno-Karabakh on 27 September, with Baku and Yerevan accusing each other of carrying out provocations. Armenia has declared martial law and general mobilisation, voicing concerns about Turkey actively supporting Baku. Partial mobilisation and partial martial law have been also introduced in Azerbaijan.

The leaders of Russia, the US, and France urged the sides to resume talks without preconditions, while Turkey stated that it would provide Azerbaijan with any kind of support needed, both in negotiations and in combat.

The Nagorno-Karabakh conflict erupted in the late 1980s, with the predominantly Armenian-populated region proclaiming independence from Azerbaijan in 1991. Baku and Yerevan waged a full-scale war for the area between 1992 and 1994 that claimed the lives of an estimated 40,000 troops and civilians from both sides.

A ceasefire was signed in 1994, but the conflict remained frozen, and the self-proclaimed Nagorno-Karabakh Republic still remains an unrecognised state.