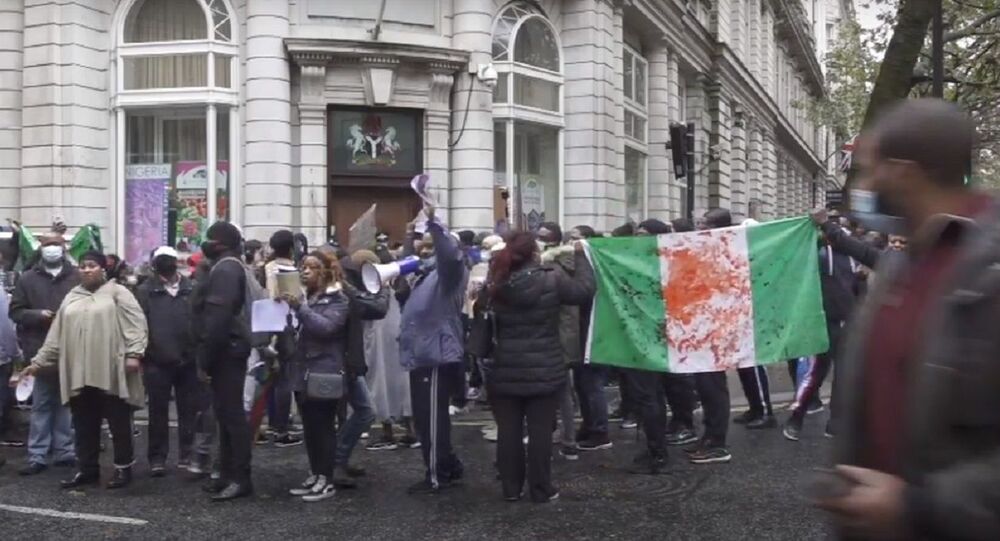 Media reported earlier that Nigerian security forces opened fire on protesters in the south-western city of Lagos on Tuesday, killing several people and leaving many others injured.

A live broadcast from London shows demonstrators holding a rally against police brutality in Nigeria after reports emerged from Lagos of protesters having been shot by Nigerian soldiers.

The police reportedly started shooting protesters on Tuesday night after the authorities in south-western Lagos State, of which Lagos is the capital, imposed a 24-hour curfew to try to curb criminal activities under the umbrella of ongoing protests against police violence.

The End Special Anti-Robbery Squad (End SARS) or #EndSARS rallies across Nigeria kicked off after a number of allegations were made that the country's SARS police unit was responsible for acts of killing, torture and blackmail. The department was disbanded by the authorities and replaced with the Special Weapons And Tactics (SWAT) squad. Nevertheless, the rallies went ahead protesting against other forms of police violence.