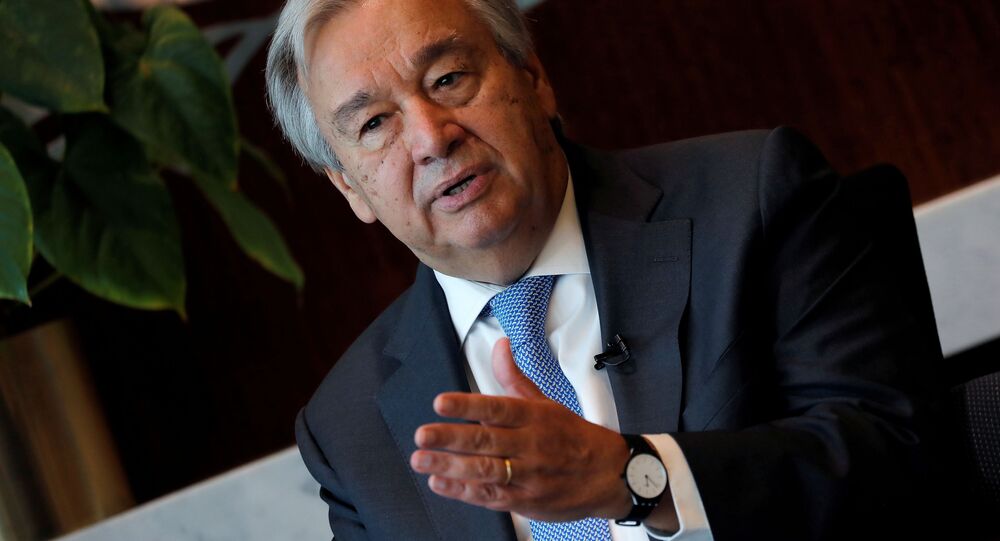 UNITED NATIONS (Sputnik) - UN Secretary-General Antonio Guterres expects that the election of Ersin Tatar as the president of the self-proclaimed Turkish Republic of Northern Cyprus (TRNC) will help to bring the Greek and Turkish Cypriot communities closer together, UN spokesperson Stephane Dujarric said in a press briefing on Tuesday.

Guterres also called on all sides to avoid actions that could undermine negotiations, according to Dujarric.

The second round of the presidential election was held in North Cyprus on Sunday. According to the results, nationalist candidate Tatar, which was backed by Turkey, secured 51.7 percent of the vote and became the president of the TRNC.

"We encourage the continued development and implementation of confidence‑building measures, which would bring, obviously, the two communities closer together," Dujarric said. "The Secretary‑General further calls on the two sides and all relevant parties to avoid any unilateral action that could undermine the prospect for renewed negotiations."

Tatar is a pro-Turkish politician and a hardline proponent of a two-state solution in Cyprus, and he denies the possibility of the reunification of the Greek and Turkish communities. Tatar has expressed support for Turkey's foreign policy and endorsed the country's offensive operation in north-eastern Syria. In his turn, Turkish President Recep Tayyip Erdogan backed Tatar during the recent election.

Cyprus was split between Greek and Turkish communities in 1974 after Turkey invaded the island in response to an uprising of Greek Cypriots that resulted in a government change. In 1983, the Turkish Republic of Northern Cyprus declared its independence without being recognized by any country except Turkey.

The United Nations has attempted to broker a reunification dialogue, but the effort failed, and the talks have been completely stalled since 2017.