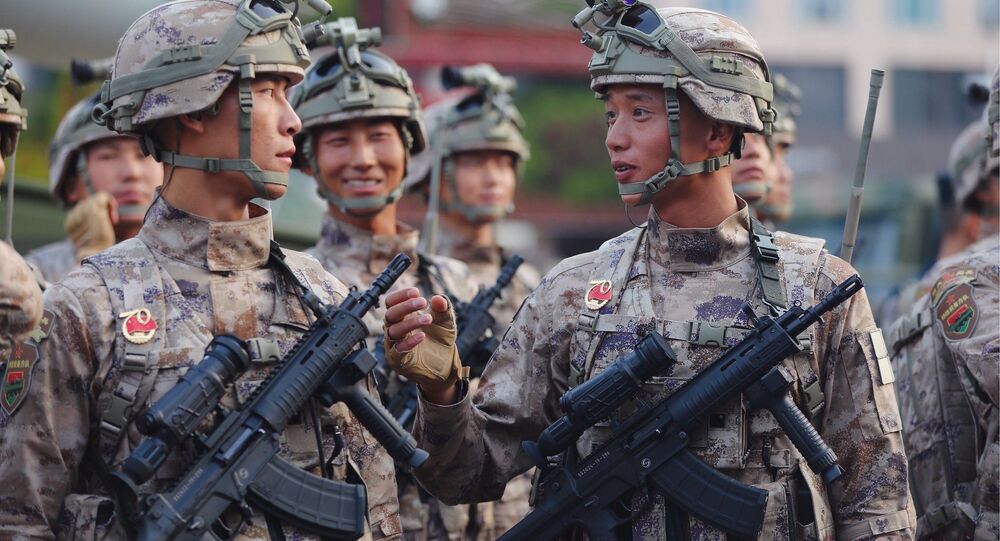 The smartphone generation of Asia's most populous nations, India and China, have taken the ongoing border hostilities in contested Ladakh which have been going on since April, to Twitter. The two armies of the two nuclear powers are near each other on the border and fought a pitched battle in June, in which soldiers on both sides died.

The news outlet Tweeted that the People’s Liberation Army (PLA) has received new long-range assault rifles QBU-191 with magnification scope, that will give the army an edge to hit the enemy at distance with precision.

© Sputnik
Shut the F**k Up: Indians Troll Global Times Editor for Saying India’s Military is No Match for PLA
Missing no opportunity to mock Chinese troops amid boiling tensions, Indian netizens trolled the army, asking them to buy “courage” instead of weapons.

Twitter users also took potshots at Chinese goods which are said to be a byword for being cheap and short lived.

You provide PLA cold proof quilts and dresses. You provided them assault rifles. You can provide silly firecrackers. But you can't provide them courage to fight ruthless India Army who shows no mercy on enemies.😉😎

Guns don't fight..its bravehearts behind them who fight! All the best PLA cartoons! We guarantee you that our soldiers would give you peaceful last journey.

​Others took a dig at recent reports of the Indian army capturing a Chinese soldier after he entered in the country's territory in Ladakh.

First go receive your lost soilder from ladakh, India where he was weak without food from many days

It seems that these are very new to them and never seen these.😂

​Amid India's longest-ever border standoff with China, the military of the two countries are rushing to provide winter gears and weaponry to thousands of troops in the high-altitude region Ladakh amid freezing conditions.