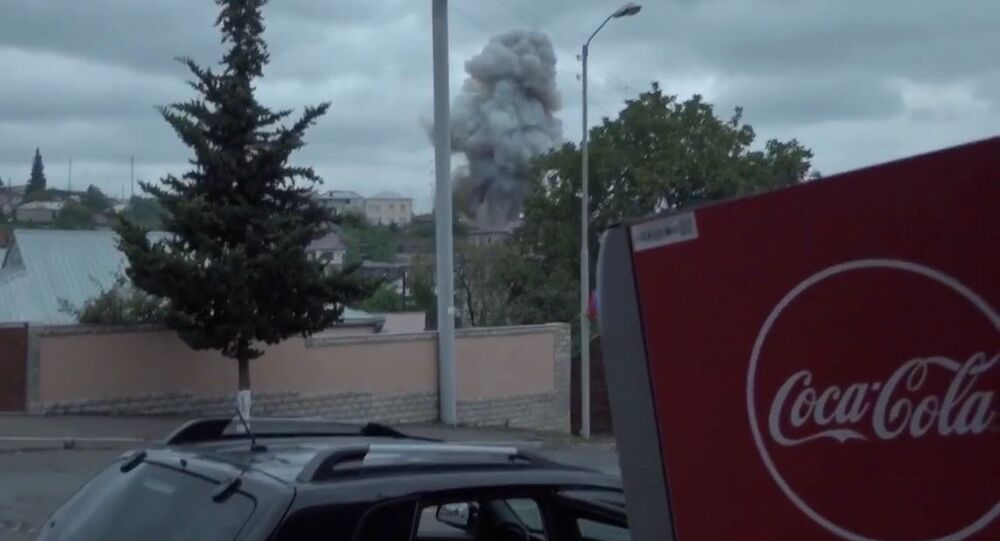 No air raid sirens and no explosions were heard in the capital of the unrecognised Republic of Artsakh (Republic of Nagorno-Karabakh) during the night or in the early hours of Tuesday, a Sputnik correspondent reports.

The foreign minister of the unrecognised Nagorno-Karabakh Republic (NKR), Masis Mayilyan, attended a meeting with diplomats of foreign states accredited in Armenia and called on them to recognise the independence of the NKR, the NKR Foreign Ministry said in a statement.

On 9 October, talks were held in Moscow between the foreign ministers of Armenia, Azerbaijan and Russia with the aim of reaching a Nagorno-Karabakh ceasefire agreement.

The Moscow meeting resulted in a humanitarian ceasefire that came into force on 10 October but failed to hold. A new truce has since been agreed upon. It came into effect at 20:00 GMT on Saturday, 17 October, but both sides have been reporting violations.

Fighting began on the contact line in Nagorno-Karabakh on 27 September, with Armenia and Azerbaijan accusing each other of unleashing hostilities. Nagorno-Karabakh has repeatedly reported the artillery shelling of peaceful settlements of the unrecognised republic, including its capital, Stepanakert. Armenia has declared martial law and - for the first time - general mobilisation, claiming that Ankara is actively supporting Baku. Partial mobilisation and partial martial law have been introduced in Azerbaijan.

The leaders of Russia, the United States and France called on the opposing sides to end the clashes and to commit themselves to begin negotiations without preconditions. Turkey has stated that it will provide Azerbaijan with any support it requests amid the ongoing aggravation of the situation in Nagorno-Karabakh.