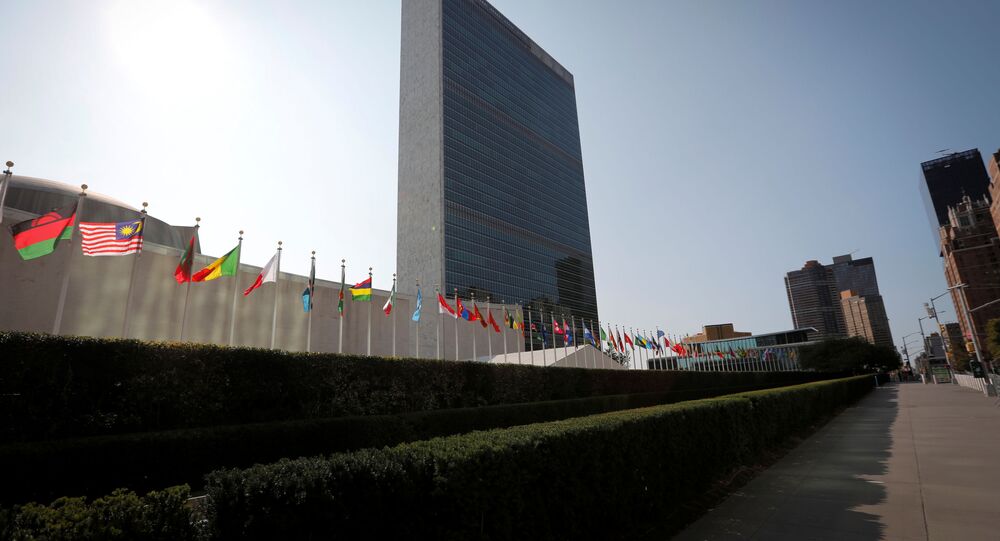 Putin: UN Remains Only Global Structure for Dialogue Based on Parity, Partnership

MOSCOW (Sputnik) - Russian President Vladimir Putin welcomed participants of a reception marking the United Nations' 75th anniversary and noted that the UN was still the only global structure that allowed for a multilateral conversation of equal parties.

"We believe that the United Nations has remained the only global structure that allows for a multilateral conversation of equals and partnership aimed at solving various problems the humanity is facing", Putin said in a message published by the Kremlin website.

The President emphasised that the Russian Federation actively supports the UN activities and advocates strengthening of its central coordinating role in world affairs.

The Russian leader added that the UN's aim is to promote peace and security, political and diplomatic settlement of crisis situations and to ensure sustainable socio-economic development and human rights protection.

"The 75th anniversary of the organisation is celebrated under the slogan"Common future through common effort". Undoubtedly, only together we can effectively confront the global challenges of the 21st century and ensure the peaceful, prosperous development of mankind", he said.

Meanwhile, the head of the Department of International Organisations at the Russian Foreign Ministry, Pyotr Ilyichev, said on Monday that the United Nations remains a vital international platform for an open and unbiased dialogue that is required to address existing global challenges. According to Ilyichev, the world is now facing difficult times, while the UN is under attack by those who seek to undermine the multipolar world order and claim their dominance in the political arena.

"We firmly believe that the UN remains an indispensable platform for open and impartial dialogue aimed at overcoming today's problems", Ilyichev said at the opening of the Churkin Moscow International Model United Nations C-MIMUN 2020.

The Russian diplomat noted that the search for an effective solution to today's most complex issues required strengthening of international cooperation based on the principles of democracy.

"In a globalised world, it is obvious that the pursuit of geopolitical interests, the use of illegal unilateral restrictive measures and the politicisation of human rights are steps in the wrong direction", Ilyichev said, adding that it was essential to step up the current central coordinating role of the UN.

The global organisation celebrates its 75th anniversary this year. The UN was established in 1945 in the wake of the World War Two to maintain international peace and security. It now counts 193 members.