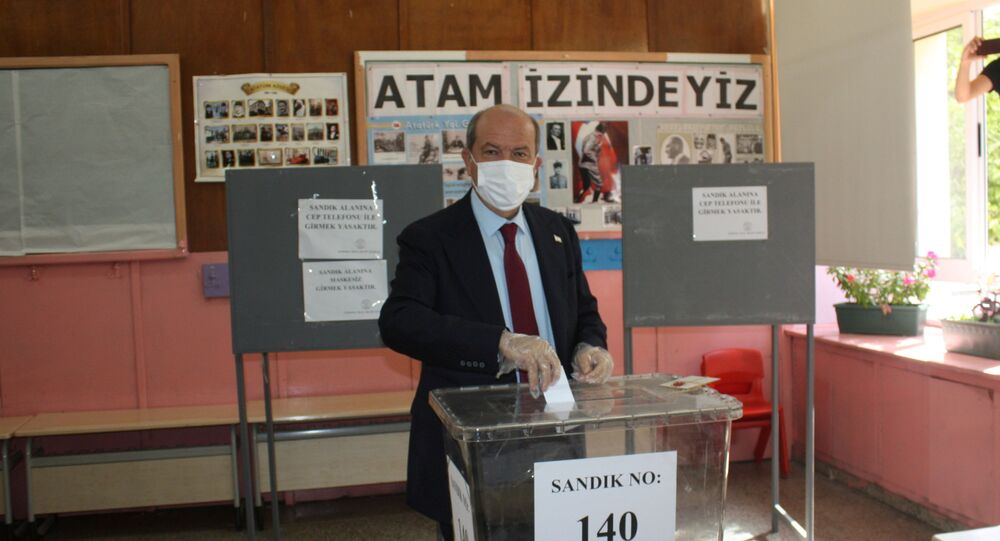 Earlier, media reported that Ankara-backed Prime Minister Ersin Tatar was breaking ahead in the second round of the presidential election in unrecognised Northern Cyprus.

Ankara-backed Prime Minister Ersin Tatar has won the second round of the presidential election in unrecognised Northern Cyprus, according to poll results after all votes had been counted.

Earlier, Greek news portal Ekathimerini reported citing sources that Tatar, who enjoys the active support of Turkish President Recep Tayyip Erdogan, had garnered 50.97 percent of the vote with 413 polling stations counted out of 738 in total.

Incumbent President Mustafa Akinci, a pro-reunification moderate, so far accounts for 49.03 percent of the votes.

Voter turnout has surpassed the first round with 61 percent heading to the polls as opposed to 59 percent of the electorate voting last week.