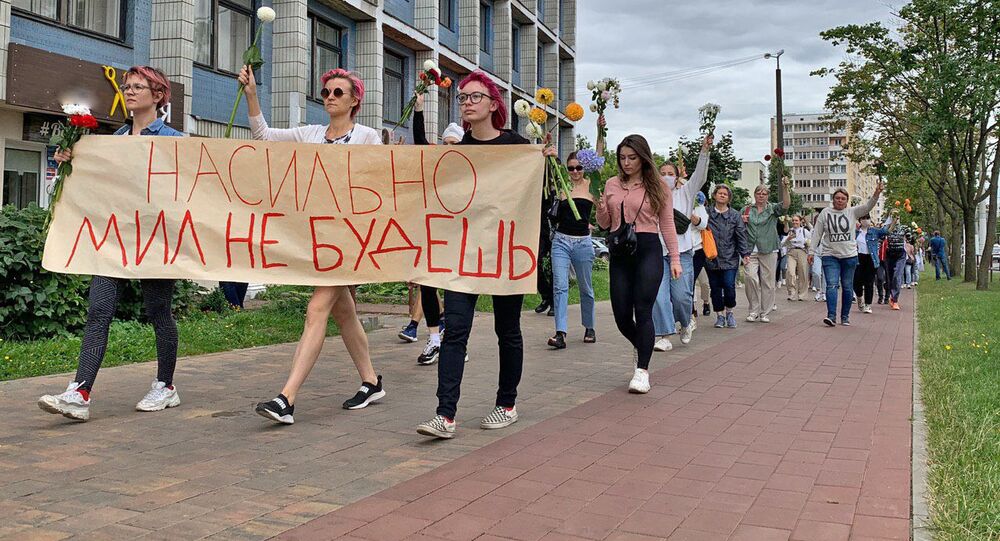 A small group of participants first gathered near a shopping mall in the Belarusian capital and then started marching down Independence Avenue.

Initially, they marched without slogans and symbols but later unfurled opposition white-red-white flags. Participants of the unsanctioned procession are also carrying flowers, white-and-red umbrellas and banners.

​As they move, other people join the column, not just women. From time to time, the marching crowd shouts to passers-by: "Join us!"

​No law enforcement officers are seen on the scene, but traffic police vehicles are cruising along the avenue.

Soon after the marchers reached Yakub Kolas Square, they began to disperse, breaking up into small groups. Women's marches have been held in Minsk for several weeks in a row and are usually accompanied by detentions. However, today was an exception, and none of over 100 female marchers was detained.

​After the march, the women walked with flowers across the city centre, a format they themselves dubbed a "demarche."

Nationwide protests have been ongoing in Belarus since the 9 August election in which President Alexander Lukashenko secured his sixth term. The opposition refuses to recognise his victory and continues holding rallies, with the largest ones taking place on weekends.