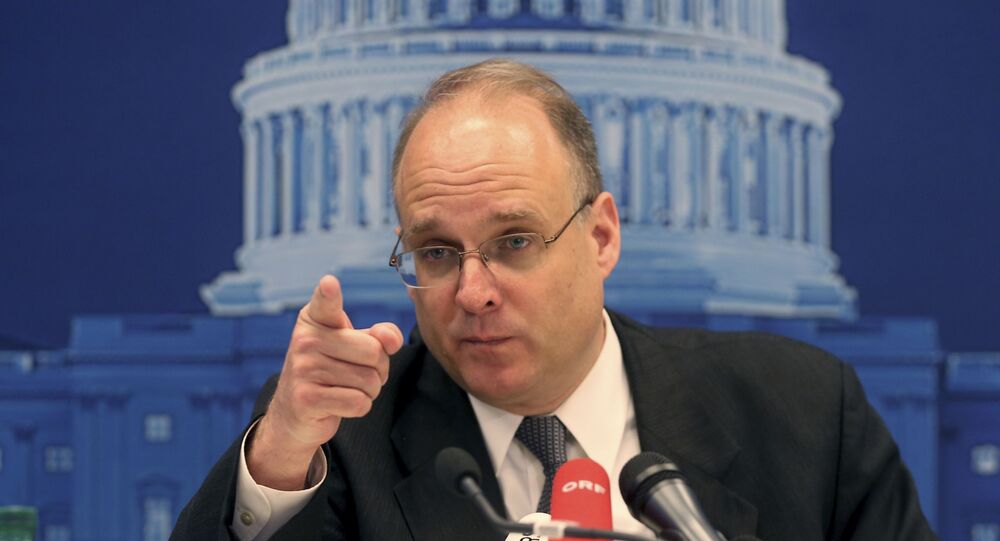 US Negotiator Accuses Russia of 'Backtracking' on Nuclear Agreement

WASHINGTON (Sputnik) - US Special Envoy for Arms Control Marshall Billingslea on Friday called it a disappointment that Russia "backtracked" on the American proposal to conclude an agreement that would cover all nuclear warheads.

Earlier on Friday, Washington rejected Moscow's proposal to unconditionally extend New START, which expires in February, for one year and continue negotiations on the new pact to replace the only arms control regime between the two countries.

The United States made every effort. It is disappointing that the Russian Federation backtracked on an agreement covering all nuclear warheads for the first time. This would have been an historic deal, good for the U.S., Russia, and the world. pic.twitter.com/Hj2oJ8jNjt

The US was also offering a one-year extension but in exchange for Russia capping the buildup of its nuclear arsenals, which is not covered by the original New START.

Billingslea claimed earlier this week that there is an agreement in principle at top political levels that needs "to percolate down" - only to be publicly disavowed by his Russian counterpart, Deputy Foreign Minister Sergey Ryabkov, who insisted that "huge differences" remain.

Russian Ambassador to the US Anatoly Antonov also told Newsweek magazine that Moscow sees a "deep crisis of confidence" in its relations with Washington.

The treaty - the only remaining arms control accord between the United States and Russia - is set to expire in February.