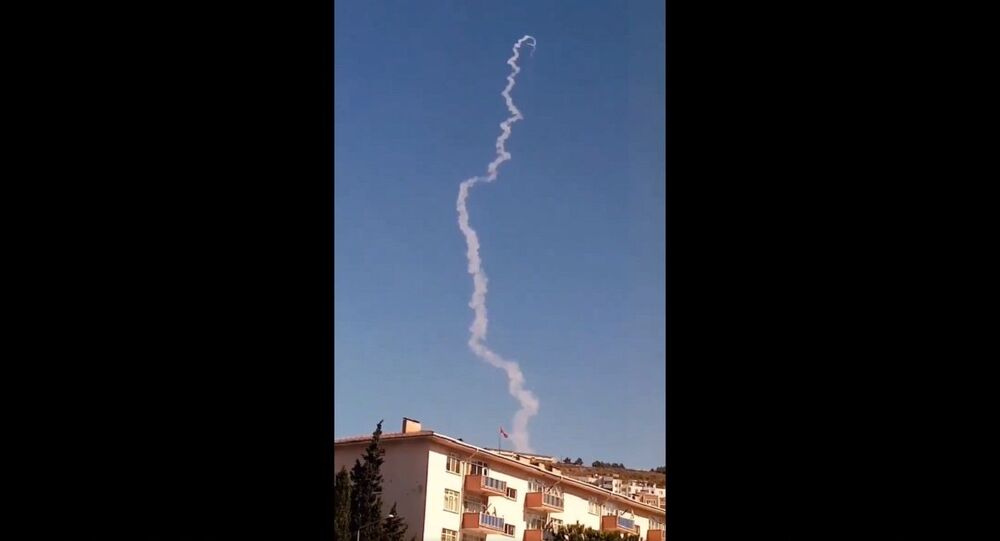 Last week, Turkey reportedly deployed Russian-made S-400 air defence systems to the Black Sea province of Samsun, much to Washington's consternation, as it has opposed Ankara's S-400 deal from the very beginning.

A video ostensibly showing a rocket launch by an S-400 air defence missile system in Sinop, a city in Turkey's north, has been uploaded and shared by Twitter users and disseminated in Turkish media.

In a 10-second video clip, a zigzagging pillar of smoke is seen in the sky above a residential area of the city.

After the video emerged on Twitter, Russian media reported that Turkey had successfully hit three targets with S-400 missiles during tests.

Turkey previously issued an international NAVTEX alert about conducting artillery exercises near Sinop from 13 to 17 October.

Earlier reports also suggested that the Russian systems were deployed in the province of Samsun. The Turkish authorities, however, did not provide any statements or comments on the matter.

Since 2018, the United States has been pressuring the Turkish government to cancel its S-400 purchase, claiming the systems are incompatible with NATO security standards and might compromise the operations of the F-35 jets.

Turkey has repeatedly vowed to activate the missile systems, delivered by Russia last summer, despite the US threats of sanctions.