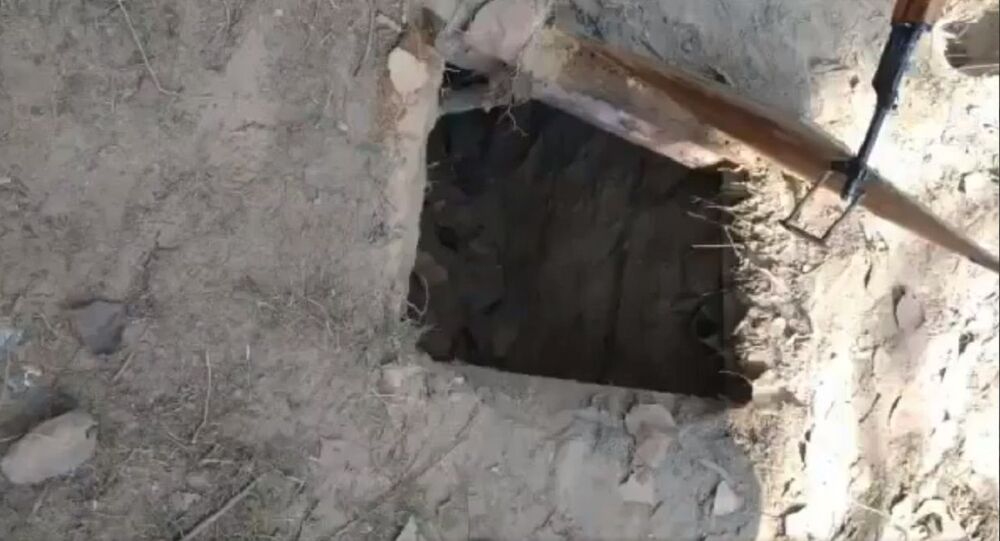 India’s restive Jammu and Kashmir continues to remain an epicentre of terrorist activity. As per official records, 132 Kashmiri youths joined terror groups in the first 9 months of 2020, surpassing the 117 in 2019.

Security forces in India’s Jammu and Kashmir’s Awantipora district have busted an underground hideout of the Pakistan-based terrorist group Lashkar-e-Taiba.

According to police, a huge cache including explosives, arms, and ammunition was recovered from the banks of the Jhelum River. Three grenades, one pistol, and 2,091 AK-47s were confiscated.

The underground hideout had an iron lid opening that was covered with soil. It had two rooms 8 feet high and a small bathroom. A video of the underground barracks shows soldiers entering it with a torch and conducting a search of the premises.

​The hideout has been destroyed by the police.

The Pakistan-based terrorist group LeT has remained active in Kashmir. As per police records, at least 199 terrorists have been killed in 118 counter-terror operations in the valley in 2020, in comparison to 163 terrorists killed in 2019.

© AFP 2020 / TAUSEEF MUSTAFA
Kashmir Elections Sans Mainstream Parties Will Be Smokescreen With No Credibility - Author
Meanwhile, in another operation, Jammu and Kashmir police arrested six associates of terrorists in connection to a recent highway attack in the outskirts of Srinagar. Two soldiers were killed in the attack when terrorists opened fire. Three cars, three motorbikes, and other material used in the attack were confiscated.
...
Reddit
Google+
Blogger
Pinterest
StumbleUpon
Telegram
WhatsApp
60