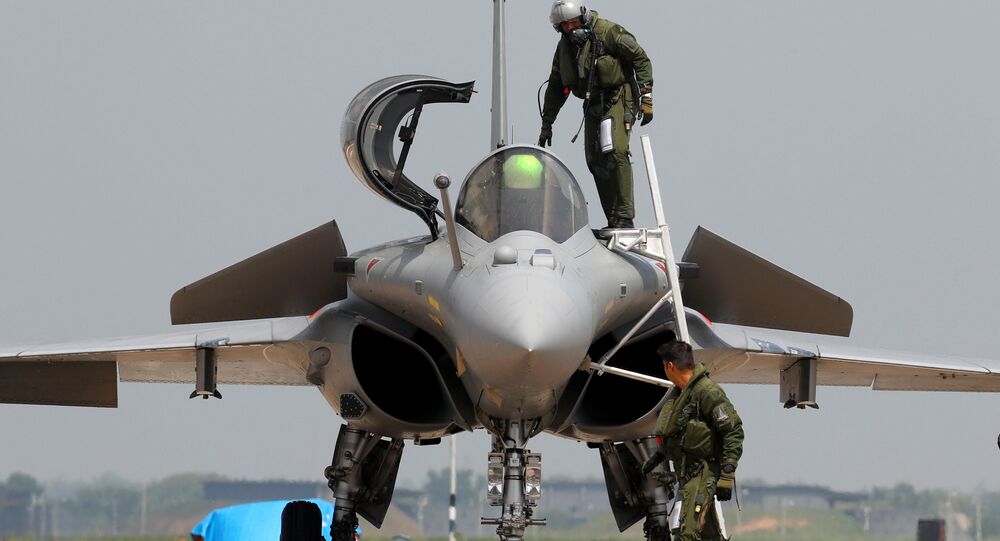 The first batch of Rafale fighter jets delivered by France was deployed in the strategic Ladakh region by the Indian Air Force last month. The second batch, likely to reach India in the next few weeks, is expected to guard the country’s northeastern border with China. In total, India has signed up for 36 Rafale jets.

Senior Indian Air Force officials have reached France to review the progress in the Rafale fighter jet project as the country is ramping up its military prowess to tackle the eventuality of any potential conflict with China in the upcoming winter season. Bureaucrats in New Delhi have confirmed that the date for the delivery of the second batch of Rafale fighter jets will soon be finalised.

Earlier this month, Indian Air Force Chief RKS Bhaduria said that an additional 3-4 jets will come by end of this month or early November.

"This will keep happening every 3-4 months", he said, while indicating that the possibility of buying more Rafale jets in the near future is also under consideration.

"In terms of whether we go in for more Rafale or multi-role fighter aircraft, it will be an open competition, as it is currently planned. We have received the RFI (Request for Information) responses. So this entire subject is under discussion and debate. And when this situation and the picture becomes clear and we finalise the way forward, we will share with you", Bhadauria said while addressing the media at the beginning of October.

He added that the entire batch of 36 Rafale fighter jets will be operationalised by 2023.

After five months of failed bilateral efforts to end a border standoff in eastern Ladakh, the China Study Group, the Indian government's top policy making body on China-related issues, has taken up for deliberation a proposal made by Beijing to end the deadlock.

© AFP 2021 / PETRAS MALUKAS
We Have Been 'Too Cautious' with China, US Deputy Secretary of State Says During India Visit
China has proposed moving back the armoured units of the two armies from border areas. The offer was made by China during the seventh round of military-commander level meetings on 12 October. Without revealing the details of the proposal, officials in New Delhi said that it will officially respond to the proposal during the next round of talks.

The seventh round of meetings was held in Chushul in Ladakh.

"Both sides agreed to maintain dialogue and communication through military and diplomatic channels, and arrive at a mutually acceptable solution for disengagement as early as possible", a joint statement issued by the Indian Foreign Ministry after the meeting read.

Nevertheless, the two armies have been providing their soldiers with winter supplies and gear to deal with the sub-zero temperatures of the Himalayas. The Indian Army has erected arctic tents in forward areas that can accommodate three to five soldiers, along with other pre-fabricated insulated huts.

Sources said that an additional 35,000-50,000 troops have been deployed in eastern Ladakh to match the strength of the Chinese People's Liberation Army in frontline bases.