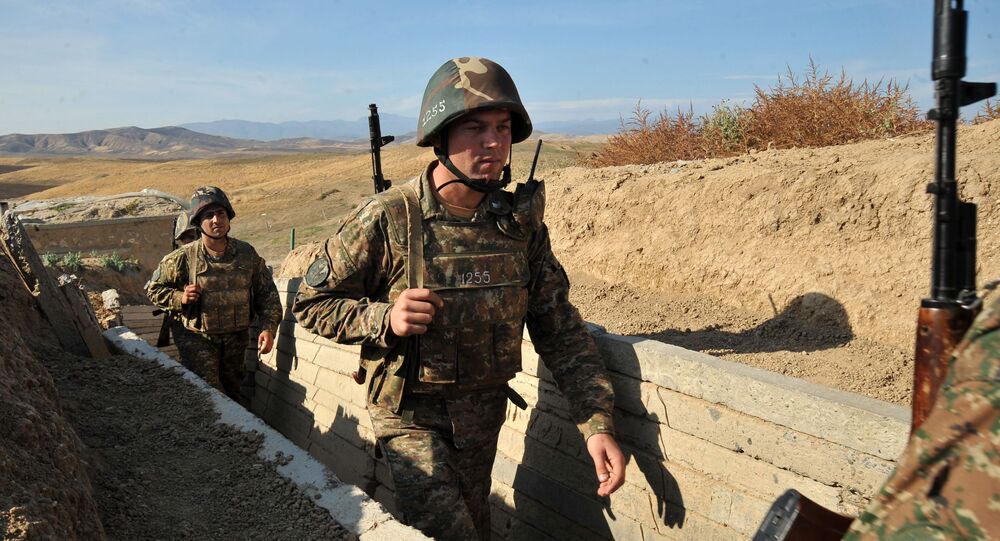 Earlier in the day, the Armenian Defence Ministry said that it "reserves the right" to attack any military facility in Azerbaijan after saying that Baku had hit military equipment on Armenian territory.

Russian Foreign Minister Sergei Lavrov on Wednesday announced that it would be right to put Russian military observers along the line of control in Karabakh in order to ensure a ceasefire. He noted that the final decision is up to Yerevan and Baku, adding, however, that without a political settlement between the two countries any military solution to the conflict won't work.

"Now, not even peacekeepers [should participate in the verification mechanism], but military observers that would be sufficient. We believe that it would be perfectly correct if these were our military observers, but the final word should be with the sides [of the conflict]. Of course, we proceed from the fact that both Yerevan and Baku will take into account our amicable relations, relations of strategic partnership", the minister said.

In the meantime, Azerbaijani President Ilham Aliyev has noted that peacekeepers might be sent to the area only if Baku and Yerevan both greenlight the decision. He also claimed that Turkey has to participate in the negotiations in some way.

The decades-old conflict flared up again on 27 September, when Azerbaijan and Armenia accused each other of carrying out provocations along the line of contact.

Nagorno-Karabakh, or Artsakh, an Armenian-majority region, proclaimed independence from Azerbaijan in 1991 after Baku revoked its autonomous status. The move resulted in a major military conflict between Baku and Yerevan that ravaged the area for two years, claiming at least 40,000 lives. However, in 1994 the sides agreed to start peace talks on the dispute mediated by the OSCE Minsk Group, headed by Russia, the US, and France.

The conflict has since remained frozen, with Nagorno-Karabakh continuing to be an unrecognised state.