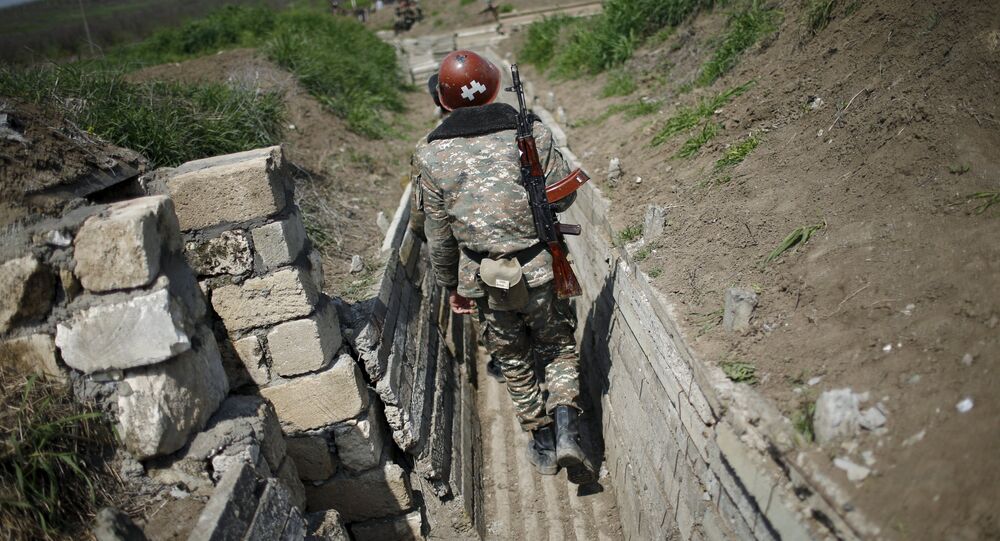 Both Armenia and Azerbaijan have accused each other of conducting attacks after the sides agreed to a ceasefire in Nagorno-Karabakh, beginning on 10 October.

On Wednesday, Yerevan stated that the Azerbaijani Army had attacked Armenian military equipment situated on Armenian territory. The Armenian Ministry of Defence stressed the country's forces reserved the right to attack any military object on Azerbaijani territory.

"Those claims by the Ministry of Defence of Azerbaijan cannot have any grounds. In fact, the military and political leadership of that country allowed itself to take aim at equipment located on the territory of the Republic of Armenia carrying out combat duty, only on the basis of assumptions", the Armenian MoD said.

...It goes without question that this allegation is devoid of any basis. In actuality, the politico-military leadership of #Azerbaijan avails itself the right to target military equipment on combat duty in the territory of #Armenia on sheer assumptions only. 1/2

Yerevan stressed that as of this moment no rocket, shell, or bullet has been fired from the territory of Armenia in the direction of Azerbaijan.

The statement was published after Baku said it had destroyed Armenian military equipment near the border.

The decades-old frozen conflict in Nagorno-Karabakh or the self-proclaimed Republic of Artsakh escalated on 27 September, after both Baku and Yerevan accused each other of sparking military hostilities. Azerbaijan declared a "counteroffensive" and a partial mobilisation, while Armenia announced full mobilisation amid the growing tensions.

The Nagorno-Karabakh conflict erupted in 1991 when the Armenian-majority autonomy proclaimed independence from Azerbaijan.

Baku launched an offensive to prevent the separation but ended up losing control over the breakaway enclave during the 1992-1994 war. The OSCE Minsk Group has mediated the peace process since 1992 and achieved a ceasefire agreement in 1994.