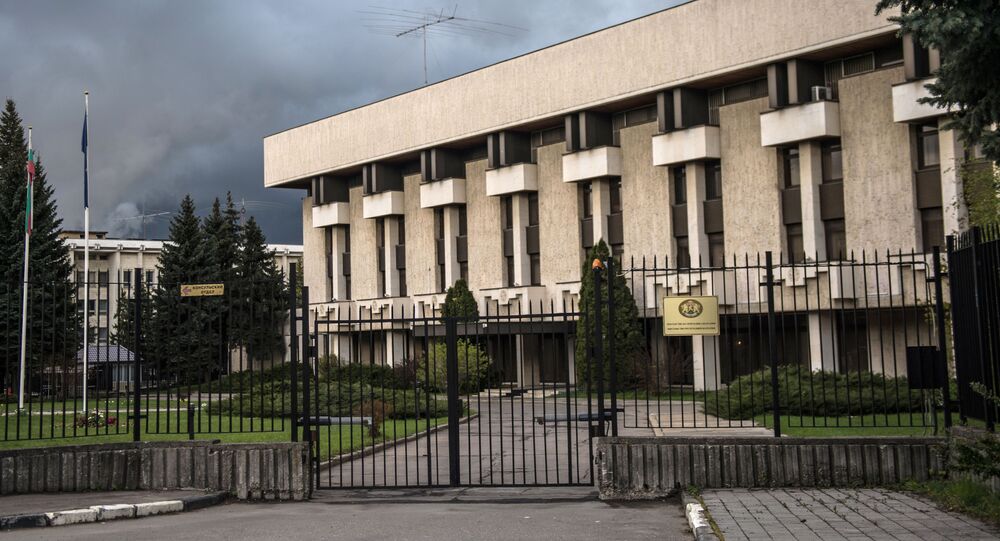 Bulgaria announced in late-September that it had moved to expel two Russian diplomats, claiming they could be involved in spying activities in the Balkan country.

"On October 12, Bulgarian Ambassador Atanas Krystin was invited to the Russian Foreign Ministry, where he was given the ministry's note about declaring two employees of the Bulgarian embassy personae non grata. This measure is a symmetric response to the unsubstantiated decision of the Bulgarian authorities to expel two deputy heads of the Russian trade mission in Sofia in September this year," the ministry said.

Earlier in the day, Bulgarian Ambassador to Russia was summoned to the ministry building in Moscow.

On 23 September, Bulgaria announced it was expelling two Russian diplomats who prosecutors say could be involved in spying, giving them 72 hours to leave the Balkan country.

The Russian Embassy in Sofia rushed to brand the move as "groundless", adding that no evidence was presented that the diplomats' activities weren't with their civil service role.

The September move followed a similar one in January, when the Bulgarian Foreign Ministry ordered two Russian diplomats out, on suspicion of espionage.

The country's Prosecutor General's office held a pretrial investigation into the two diplomats, but the case was suspended due to diplomatic immunity.