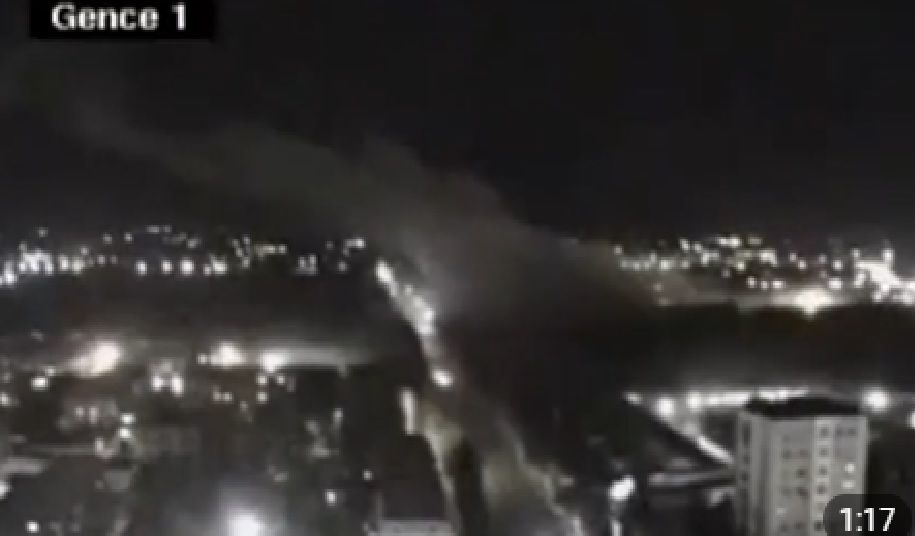 GANJA Azerbaijan (Sputnik) Earlier in the day, Azerbaijan’s Foreign Ministry said that seven people were killed and more than 30 others were injured after an Armenian missile hit a residential building in Ganja, Azerbaijan’s second-largest city. Yerevan has refuted Baku’s claims.

The surveillance camera of the Ministry of Emergency Situations of the Republic of Azerbaijan recorded the moment of the alleged strike on Ganja.

In the video, plumes of smoke can bee seen rising over the apartment building which had been struck.

Another video that has emerged online shows specialists from the National Agency for Mine Action in Azerbaijan (ANAMA) retrieve parts of a rocket that fell on Ganja.

Azerbaijan said that missile attack killed seven people and injured 33, including children. In turn, a spokeswoman for the Armenian Defence Ministry, Shushan Stepanyan, refuted Baku’s claims about a missile strike being launched on Ganja from the territory of Armenia.