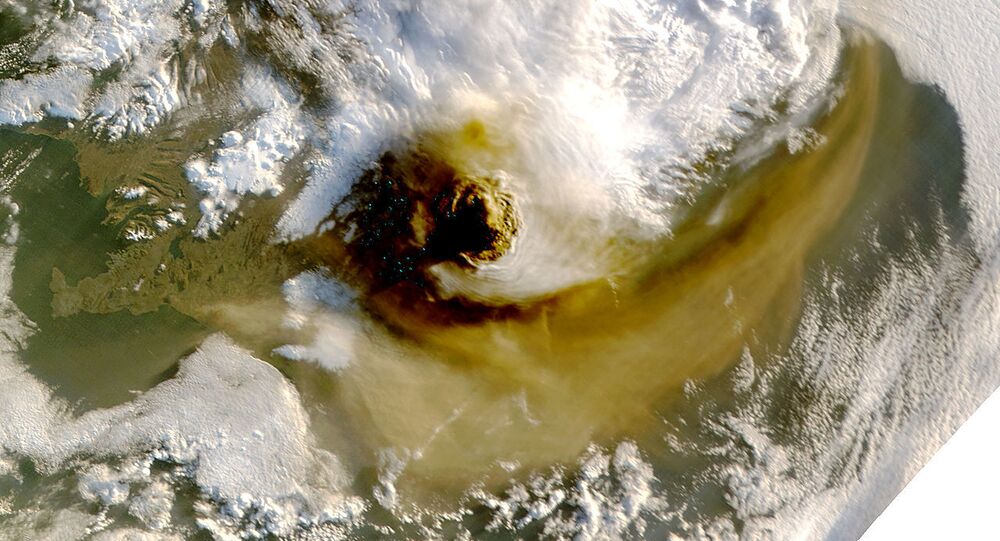 The last time that the volcano in question erupted in 2011, it led to the closure of Reykjavik’s Keflavik Airport and caused the cancellation of some 900 flights to Europe.

Grimsvotn, Iceland’s most active volcano, may be on the brink of another eruption, with seismologists from the Icelandic Meteorological Office reporting a major rise in seismic activity.

Seismologists emphasized that the elevated threat level was not necessarily an indication that an eruption was imminent, but hedged their bets by noting that “multiple datasets now indicate that Grimsvotn volcano has reached a level of unrest comparable to that observed prior to historic eruptions.” Ground deformation levels in the area are already said to have exceeded those observed before the 2011 eruption.

It’s been nine years since Grimsvotn’s last eruption, with the volcano typically blowing its top every five-ten years, experiencing at least 65 eruptions over the past eight hundred years.

The potential eruption is bad news for commercial airlines, which are already reeling from losses caused by coronavirus-related restrictions. Iceland’s volcanos, strategically situated between Europe and North America, are infamous for their ability to cause problems for transatlantic travel.

In addition to the 2011 eruption of Grimsvotn, which sent toxic and potentially deadly soot and ash as much as 20 km into the atmosphere, the 2010 eruption of another Icelandic volcano, Eyjafjallajokull, caused the cancelation of about 100,000 flights and left some 8 million passengers stranded.

© Photo : Benjamin Pothier
Grimsvotn volcano in the middle of the Icecap Iceland

Volcanic ash can be extremely dangerous for aircraft, not only because they can obscure pilots’ view of their surroundings, but also due to their ability to damage or even destroy planes themselves via the tiny rock particles which the ash consists of.

'Erupting Supervolcano': Indonesian Volcanoes Could Do With a Good PR-Agency, Author Suggests