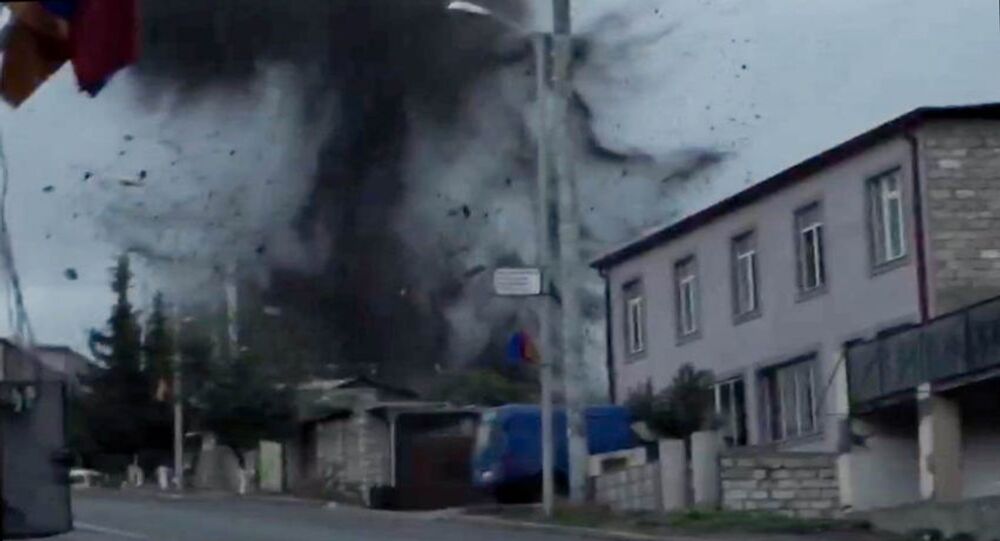 ANKARA (Sputnik) - The newly announced ceasefire in Nagorno-Karabakh is an important development, but it cannot replace a comprehensive solution to the long-lasting conflict, the Turkish Foreign Ministry said on Saturday.

As a result of the 10-hour talks in Moscow, which continued into the early hours of Saturday, Armenia and Azerbaijan agreed to cease hostilities in conflict-torn Nagorno-Karabakh starting noon (08:00 GMT). However, both sides reported continued hostilities after the truce took effect.

"Azerbaijan has given Armenia the last opportunity to withdraw from its occupied lands. The ceasefire that has been announced for the exchange of prisoners of war and bodies of the deceased is an important first step, but it will not replace a sustainable solution to the problem. As Turkey has always said, it will support a decision that Azerbaijan will make. With this approach, we continue to stand by Azerbaijan," the Turkish ministry said.

The large-scale hostilities in Azerbaijan’s Armenian-dominated breakaway region of Nagorno-Karabakh erupted on 27 September when both parties accused each other of violating the ceasefire.

Most countries, including Russia, have called on the warring parties to cease fire and settle their differences via dialogue. However, Turkey has vowed to support Azerbaijan with all the needed means.