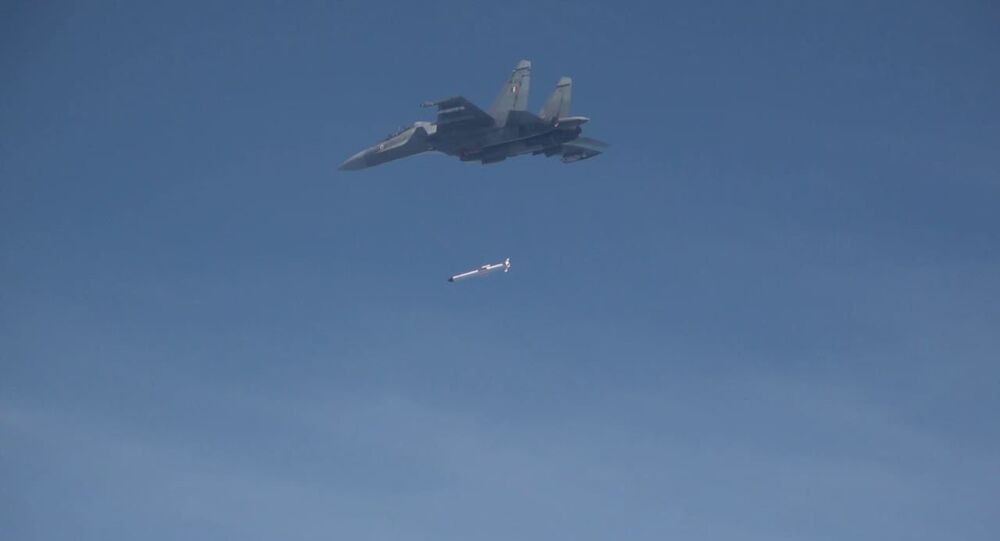 An Su-30 Mk1 fighter aircraft was used to test-fire a domestically developed new-generation anti-radiation missile (NGARM), RUDRAM, off the country’s east coast. The missile has the ability to detect enemy radars on the ground and hit targets with pinpoint accuracy.

Amidst the continuing standoff with China, India on Friday successfully tested its anti-radiation missile, RUDRAM, from an Su-30 Mk1 fighter aircraft to secure its long borders.

Indian Defence Minister Rajnath Singh, who took to Twitter to announce the success, described it as a “remarkable achievement”.

The missile is enabled with broadband capability, allowing it to choose a target among a range of emitters that it sees at that point in time. It can detect frequencies from 100 km away and strike at any range between 100 and 250 km.

As per the Defence Research and Development Organisation (DRDO), the missile has INS-GPS navigation with a Passive Homing Head for the final attack.

It added that it is a potent weapon for the Indian Air force for destruction of enemy targets, effectively from long standoff ranges.

​"The RUDRAM hit the radiation target with pinpoint accuracy. The Passive Homing Head can detect, classify and engage targets over a wide band of frequencies as programmed", it said.