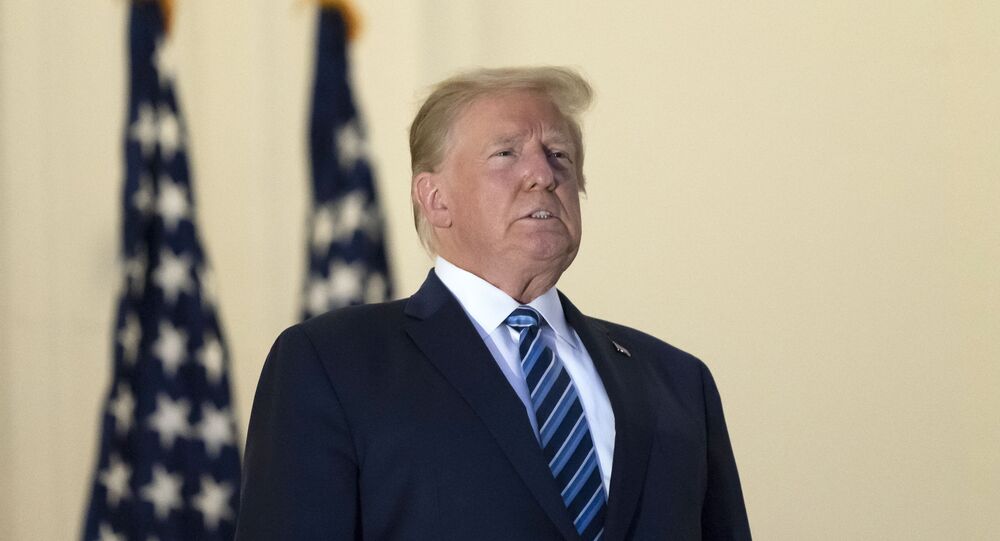 In mid-September, the Trump administration brokered a peace deal between Israel, the UAE, and Bahrain. While POTUS touted the agreement as "the dawn of a new Middle East", the Palestinian Authority claimed that the deal undermines efforts to find a two-state solution to the Israeli-Palestinian conflict.

Former Israeli Prime Minister Ehud Olmert has lashed out at Donald Trump over the US president's foreign policy, referring to Trump's position on the DPRK and Iran, among other things.

In an interview with Yahoo Finance, Olmert argued that "it would be unfair to blame President Trump for more than he deserves" but he thinks that "sometimes the style of President Trump is more damaging than the substance of his policy".

Referring to the 2015 Iran nuclear deal, Olmert claimed that Trump's move to withdraw Washington from the agreement and the president's "unilateral approach to foreign policy" has made the US "less safe".

In May 2018, the US president announced his country's unilateral exit from the Iran deal, also known as the Joint Comprehensive Plan of Action (JCPOA), and reinstated crippling economic sanctions against Tehran.

The move prompted the Islamic Republic to start suspending its JCPOA obligations in 2019 amid worsening relations between Washington and Tehran, which further escalated after the death of top Iranian general Qasem Soleimani in a US drone strike authorised by Trump.

Separately in the interview, Olmert dwelled on the US-brokered normalisation deal between Israel, the United Arab Emirates (UAE), and Bahrain, which the former PM said reflected a "very positive development" in the region.

He, however, underscored that the deal comes at the expense of a two-state solution for the Palestinians, something that stipulates an independent State of Palestine alongside the State of Israel, west of the Jordan River.

The interview comes a few weeks after the US mediated the Abraham Peace Accords at the White House, where the UAE and Bahrain agreed to establish official diplomatic ties with Israel after decades of hostility, non-recognition, and reported behind-the-scenes relations.

The Abraham Peace Accords were condemned by Turkey, Iran, and the Palestinian Authority as undermining the efforts to find a two-state solution to the Israeli-Palestinian conflict.

Both Bahrain and the UAE, however, stressed that they had not stopped supporting the Palestinian cause, with Abu Dhabi explaining that the peace accords were needed to give the efforts to resolve the Palestinian issue a chance.