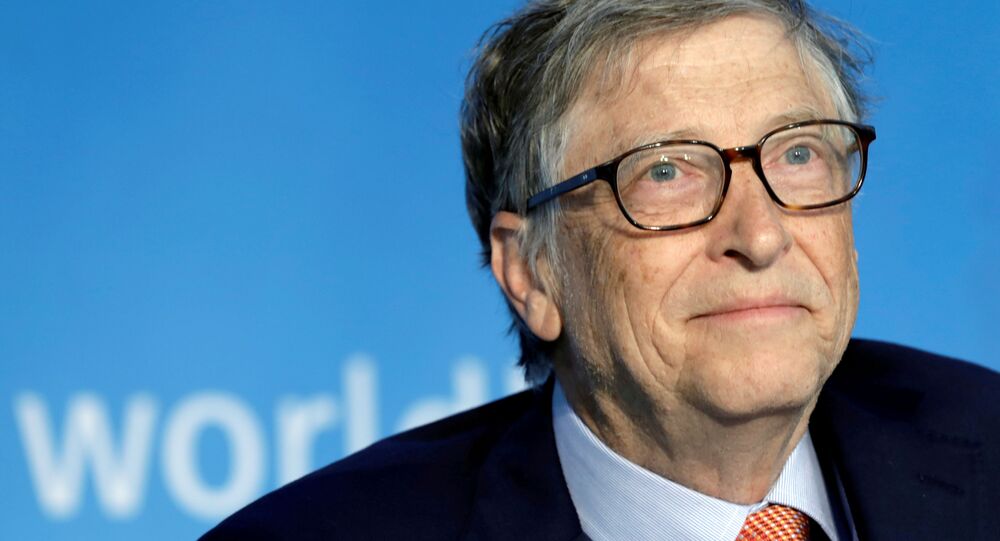 Bill Gates Forecasts Return to Normal Life by End of 2021, Hopes Only on Western Vaccines

The Microsoft founder has long advocated for the speedy development and deployment of a vaccine against COVID-19, but has largely ignored the first registered one – Sputnik V developed and authorised in Russia back in August.

Bill Gates, founder of tech giant Microsoft and the Bill & Melinda Gates Foundation, has projected that wealthy countries will return to normal life by the end of 2021, should the vaccines, currently being developed by western countries, work and be deployed in a timely manner. He added, however, that this is "a best case" scenario.

"We still don't know whether these vaccines will succeed. Now the capacity will take time to ramp up. And so the allocation within the US, and between the US and other countries will be a very top point of contention", Gates said.

In his assessments, the philanthropist showed little regard for other vaccines developed outside of western countries, such as the Sputnik V vaccine registered in Russia and alternatives developed in China. Gates stated that these vaccines lack Phase III trials conducted under the oversight of "a highly regarded regulator", suggesting that they will thus lack attractiveness to customers outside of their domestic markets.

"The Western companies are further ahead on doing these Phase III studies and so if those come out well and they're offered at low cost, I doubt there'll be a lot of Russian or Chinese vaccines going outside of those countries", the Microsoft founder said.

Contrary to Gates' assessments, the developer of the first COVID-19 vaccine, Russia's Gamaleya Research Institute of Epidemiology and Microbiology, has reported several foreign countries expressing interest in either buying the vaccine or organising local production of the treatment. The vaccine's introduction in August was met with skepticism in the West, over the lack of published data about the clinical trials proving the vaccine's safety and effectiveness.

The Gamaleya Research Institute eventually published the results of the trials and related scientific studies in the journal the Lancet, dismissing concerns regarding the Sputnik V vaccine. It also handed over the results of the first two stages of trials to the World Health Organisation for study.

Maduro Says Will Get Russia's Sputnik V Coronavirus Vaccine, Along With Son, Sister

UK Could Be Accusing Russia of Spreading 'Lies' About COVID of Fear to Lose Vaccine Race: Analyst