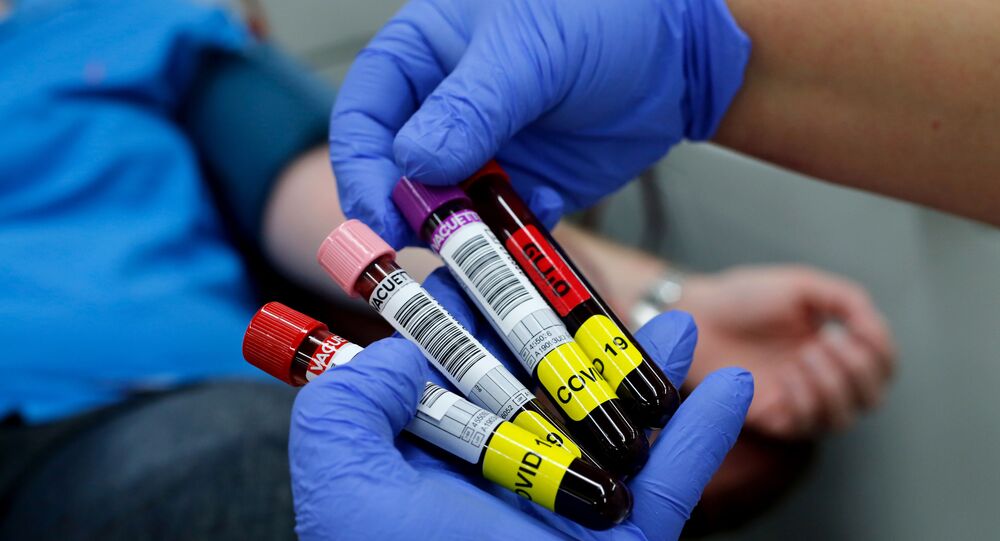 COVID-19 Likely Infected 10% of World’s Population, ‘Difficult Period’ Ahead as Cases Surge - WHO

Dr. Michael Ryan, the head of emergencies at the World Health Organization (WHO), revealed Monday that the agency’s “best estimates” suggest that around 1 in 10 people worldwide may have been infected by COVID-19, which would be more than 20 times the number of confirmed cases.

While speaking at a session of the WHO’s 34-member executive board, Ryan revealed that the figures vary between urban and rural areas. However, the high infection rate suggests that the “vast majority of the world remains at risk.”

He also warned that the pandemic would continue to evolve. However, he noted that the necessary tools to prevent transmission and save lives are available.

“Many deaths have been averted and many more lives can be protected,” Ryan pointed out, AP reported.

Ryan also noted that southeast Asia, Europe and the eastern Mediterranean were seeing increasing COVID-19 cases, while the situations in Africa and the Western Pacific were “rather more positive.” Generally, however, the world was “heading into a difficult period.”

“The disease continues to spread. It is on the rise in many parts of the world. Our current best estimates tell us that about 10 percent of the global population may have been infected by this virus.”

Although Ryan did not provide clarification on how that percentage was calculated, WHO spokesperson Dr. Margaret Harris said that the estimate was based on averages from antibody studies conducted around the world. She also noted that the virus has the “opportunity” to continue to spread if “we don’t take action to stop it.”

During his remarks, WHO Director-General Tedros Adhanom Ghebreyesus took on a positive tone, claiming that with strong leadership, the virus can be effectively contained.

“What we have learned in every region of the world is that with strong leadership, clear and comprehensive strategies, consistent communication, and engaged, empowered and enabled population, it’s never too late ... Every situation can be turned around - and hard-won gains can be easily lost,” he said.

The latest data by Johns Hopkins University shows that there have been more than 35 million cases of the virus worldwide and more than 1 million deaths as a result. The countries with the highest numbers of cases are the US, India, Brazil, Russia, Colombia and Peru, in that order.

In the US alone, case numbers have increased in 33 states and Puerto Rico since late August, according to a tally by the Washington Post. Death tolls could continue to rise with flu season around the corner.

“I’m concerned we are going into the fall and ultimately the winter season, when the weather changes, [and] we are stuck at this baseline of 40,000 new infections every day,” Dr. Anthony Fauci, director of the National Institute of Allergy and Infectious Diseases, said in an interview Friday before it was revealed that US President Donald Trump and first lady Melania Trump had both contracted the respiratory illness, the Washington Post reported.

Russia is the first country in the world to have registered a vaccine against the virus. The country’s Sputnik V was developed by the Gamaleya Center and produced jointly with the Russian Direct Investment Fund.