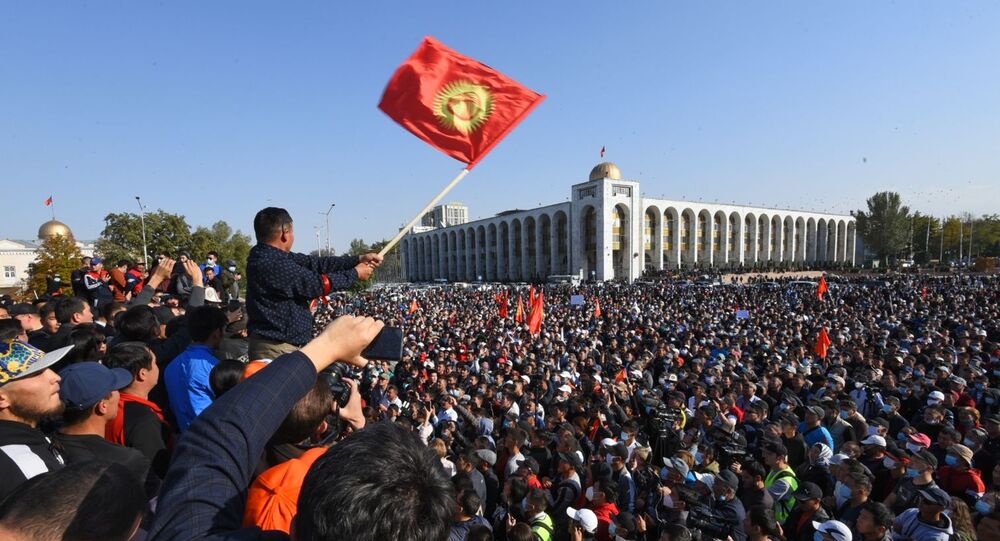 BISHKEK (Sputnik) - Fierce clashes between protesters and police are taking place in the centre of Bishkek, a Sputnik correspondent reported from the scene.

The security forces cordoned off the approaches to the central square of Ala-Too, protesters throw stones at them.

The protesters were dispersed, and clashes with police are taking place throughout the center of the Kyrgyz capital. Security officials push back the protesters, but they are actively resisting.

The number of people injured in clashes between protesters and police in Bishkek has risen to 16, the republic's health ministry told Sputnik.

"At the moment, 16 victims have been admitted to the city's hospitals, they receive assistance," the ministry's spokesperson said.

Kyrgyzstan: Looks like riot police have cleared the square in Bishkek pic.twitter.com/TY7rzkRtJx

About 2,000 people gathered on Monday morning in Bishkek on the central square of Ala-Too. The protesters support parties that failed to qualify for the parliament in the recent election, demanding to cancel the results of the elections and to re-vote.

Now, the police are driving people back from the central square, using stun grenades and tear gas. They also transferred water cannons to the scene.