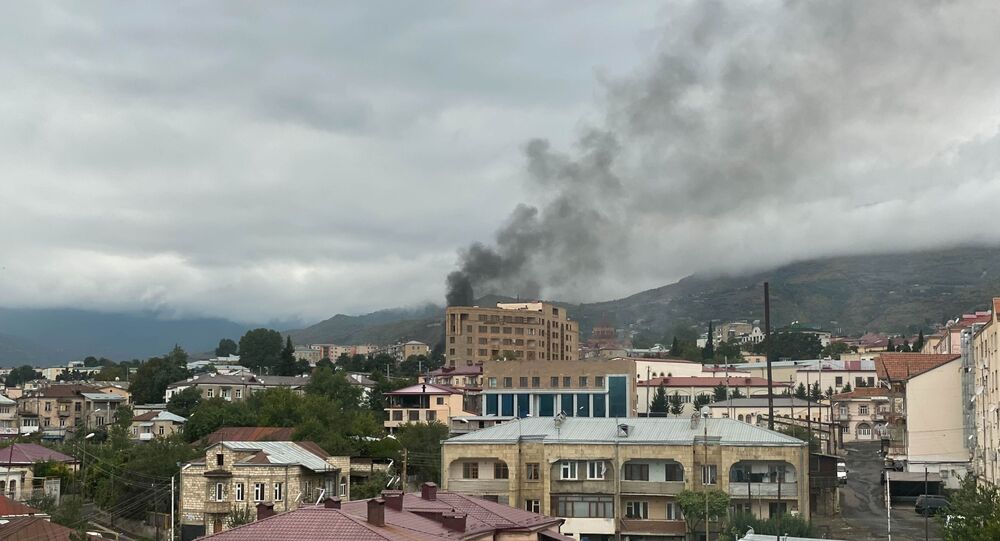 On Sunday, four civilians were killed and 10 were wounded after Stepanakert, the capital of the unrecognised Artsakh Republic (Nagorno-Karabakh Republic) and the settlement of Shusha were shelled.

The press secretary of the Armenian Defence Ministry Shushan Stepanyan has posted a video on Facebook depicting alleged Azerbaijani strikes on the capital of the unrecognised Nagorno-Karabakh Republic, Stepanakert.

The video shows the shelling of the city on 4 October, while an air raid siren can be heard in the background. The second part of the video shows the consequences of the attack: wrecked civilian vehicles, destroyed houses, and craters from exploded shells.

Clashes in the Armenian-majority region, which is officially recognised as part of Azerbaijan but declared independence from the country in the 1990s and has since sought recognition, broke out on 27 September when Yerevan and Baku accused each other of violating the ceasefire. Armenia, Azerbaijan, and Nagorno-Karabakh have all reported dozens of military and civilian casualties.