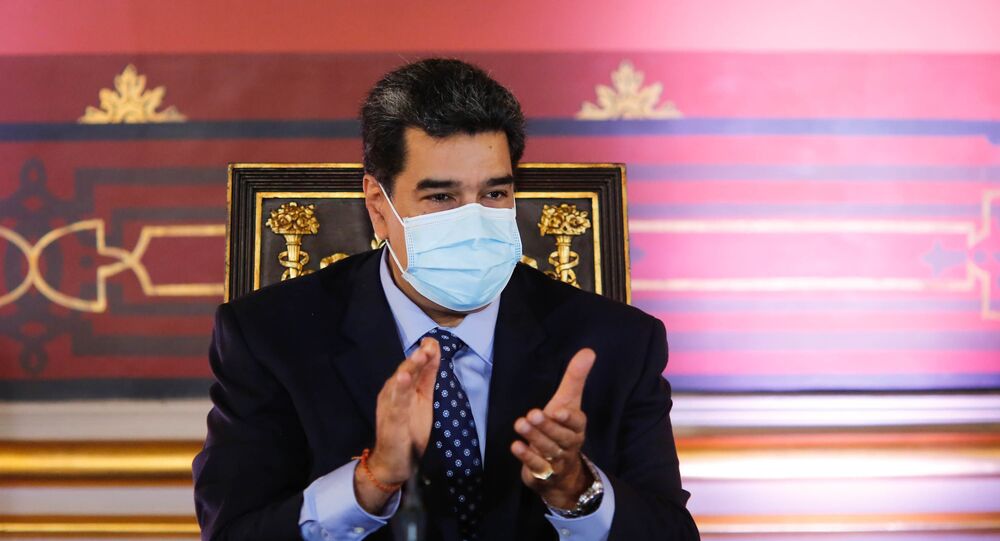 MOSCOW (Sputnik) - Venezuelan President Nicolas Maduro has wished US President Donald Trump to recover from COVID-19 despite bad relations between the two countries.

Trump is currently being treated at the Walter Reed National Military Medical Center in Maryland, but the doctors say he can be released as soon as Monday if his health condition continues to improve.

"We do not want any person to get infected, we express our human solidarity with the US President, who is an enemy of Venezuela, but we want him to get well", Maduro said on Sunday, at a health briefing broadcast on Twitter.

The United States has repeatedly imposed sanctions on Venezuela amid deteriorated relations between Washington and the administration of Maduro.

In January 2019, Venezuela plunged into a new political crisis when the then-head of the opposition-controlled National Assembly, Juan Guaido illegally proclaimed himself interim president in a bid to oust reelected President Maduro from power. The United States and its allies in Latin America quickly endorsed Guaido. Russia, China, Turkey and a number of other states only recognise Maduro as the legitimate president of Venezuela.

Maduro said on Sunday that his son Nicolas Ernesto Maduro Guerra and his sister Maria Teresa Maduro, as well as the president himself, were going to get the Russian coronavirus vaccine. The first batch of the Sputnik V vaccine was delivered to Venezuela from Russia on Friday.