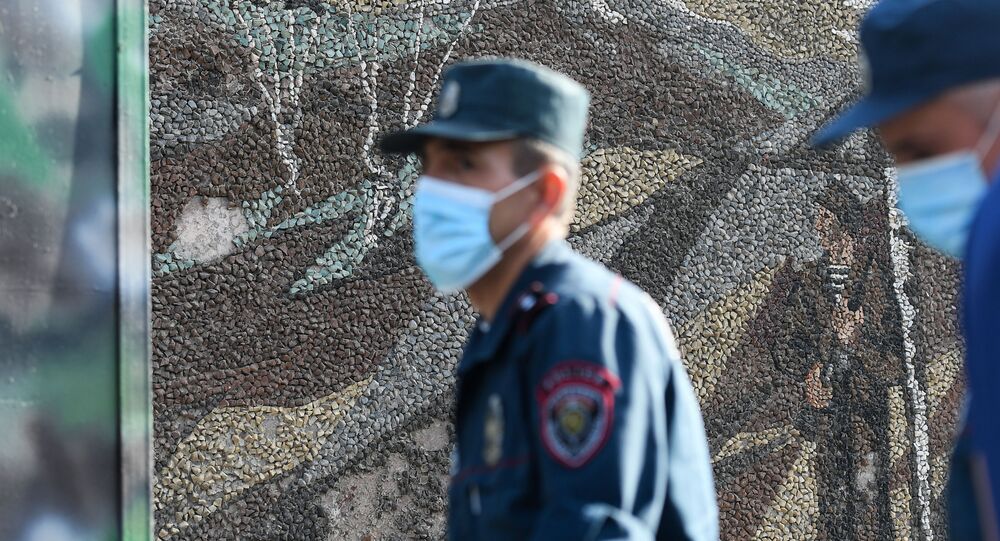 YEREVAN (Sputnik) - The National Security Service of Armenia has said on Sunday evening that several foreign citizens have been detained on suspicion of espionage.

"We have received factual information on foreign citizens' collection of data about military equipment belonging to the Armenian armed forces, the transportation of weapons, the location of military units, as well as those mobilized under martial law and their size. On October 2, several foreign citizens were detained on suspicion of espionage and inciting Armenian citizens to conduct espionage," a statement on the National Security Service's website read.

The statement provided no information on the number of foreign citizens detained or their nationality.

The National Security Service is continuing its investigation to establish the identities of other foreign citizens and Armenian citizens who may have been involved.

The arrests come amid large-scale fighting in Nagorno-Karabakh. Nearly 40 civilians, and hundreds of servicemen from both sides, have been killed, with the Armenia-backed self-proclaimed Artsakh Republic and Azerbaijan accusing one another of deliberately targeting civilian areas in missile and artillery strikes.